Continue to Variety SKIP AD
You will be redirected back to your article in seconds
May 18, 2019 5:55am PT 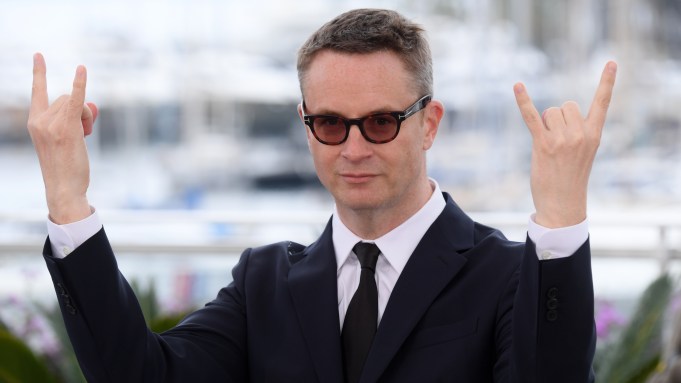 Nicolas Winding Refn’s lastest project, “Too Old To Die Young,” is being billed as a new TV series from Amazon Studios. But at a press conference at the Cannes Film Festival on Saturday afternoon, the controversial director said that he wouldn’t call it that.

“This is a movie,” Refn said. “It’s a 13-hour movie. It’s not TV! TV is like reality shows and news channels. This is the future, which is streaming.”

Refn later explained that he uses the word “streaming” to describe most episodic TV programming.

Two episodes of “Too Old To Die Young” premiered at Cannes on Friday night. Refn made the unique decision to premiere the fourth and fifth episodes, rather than the first and second, because he said that he thought it would get to the heart of the show, about a Los Angeles cop (Miles Teller) who leads a double life.

“This is not the Mueller report,” Refn said, when asked if he chose to show those two episodes because he feared spoilers.

Refn said he came up with the title for “Too Old to Die Young,” while he was finishing his last movie, “The Neon Demon.” He liked the prospect of having a much bigger canvas to tell a story. “The difference between streaming and traditional theatrical is that streaming is an energy flow around us that runs 24 hours a day,” Refn said. “Streaming is like an ocean of possibilities. The idea that I could make something that had no control was so interesting. Every day we would come to work and paint until I ran out of money. By then, we had shot for 10 months.”

The director also revealed that Trump helped inform “Too Old to Die Young.”

“When we moved to LA to start preparing the show, the election was going on,” Refn said. “I was very affected as a foreigner coming from Copenhagen, which is the safest, most liberal town in the entire galaxy. I was like an alien stranded in a strange land for the first time in the U.S.”

Refn said that he would go into the writer’s room each night to retool future episodes, based on what was happening on the news.

And he noted that Trump’s presidency is the reason “Too Old to Die Young” took on a more apocalyptic tone. “The whole idea is to create a show, where women were the hope and all the men were demolished,” he said.