‘The Bachelorette’: Who Is ABC’s Leading Lady for Season 15? 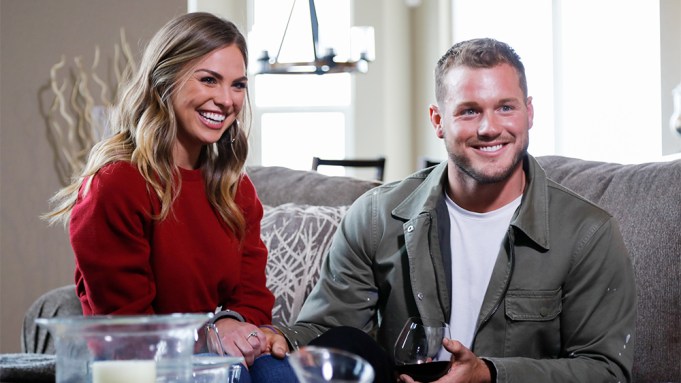 ABC has selected their next leading lady to be “The Bachelorette” for Season 15: Hannah B.

Here, ABC executive Rob Mills talks to Variety about selecting Hannah B. as the next “Bachelorette.” Plus, which other women were under consideration — and will any of them appear on “Bachelor In Paradise?”

Why did you choose Hannah B. as “The Bachelorette” for Season 15?

She just was somebody who came in and was really kind of great and had a very different energy that we’ve seen from a “Bachelorette.” It sort of goes back to Colton where he wasn’t the guy who got his heart put in a blender necessarily — he was certainly sad about Becca, and even the Tia situation, but he was just a guy who was still looking for someone. With Hannah B., I think her exit with Colton was really refreshing where she basically said, “I don’t want you to keep me around because I want someone who thinks I’m great and thinks of me and only wants me.” That was kind of interesting. I think she also obviously has a fun side, which she showed.

What type of Bachelorette do you expect Hannah B. to be?

I think she’s going to be a take-no-sh-t “Bachelorette,” to be honest, and that’s something you really look for because you want someone who if one of the guys comes on with a girlfriend, she is going to react, sort of the way that Emily Maynard [Season 8 of “The Bachelorette”] did when Kalon referred to her daughter as baggage. All of our best “Bachelorettes” have in common that they’re really strong like that. I think that’s what is going to be entertainment. I think she’s going to go out and get what she’s worth.

Was it a tough decision, or did you know it would be Hannah B. all along?

It was a five-way tie. There were a lot of women we spoke to for this, and they all would have been great Bachelorettes. It wasn’t that anyone was better than the other. All of these women are amazing, and obviously we want everyone to be on “Bachelor In Paradise,” if they’re not selected to be “The Bachelorette.” But obviously, we are very excited about Hannah B.

Who else did you consider for “The Bachelorette” before making the final decision?

Obviously we talked to everyone in the final four. We also talked to Demi, as well. This season, especially, they were all such distinct personalities that they all really cut through. It was great to see such strong women this season.

Why did you decide not to go with Demi? I think that would have made a lot of noise, had you chosen Demi to be the “The Bachelorette.”

I think it would have made a lot of noise, too. This was a really tough decision. Demi even said, “If it’s not me, it should be Hannah B.” They have a lot of the same qualities. I hope we’ll see Demi on “Bachelor In Paradise” because I think she’s great. I could make an argument for so many of these women to be “The Bachelorette.” The women on this season were so incredibly strong that it’s so hard. Part of me wishes we were doing eight seasons of “The Bachelorette,” and that’s why I’m so happy we have “Bachelor In Paradise.”

So, will we see the final four and Demi on “Bachelor In Paradise?”

I hope so. “Bachelor In Paradise” does give them a second chance at love, and you can have an iconic love story. Some of our most beloved couples in Bachelor Nation are Carly and Evan, Jade and Tanner, and Ashley I. and Jared. This show has evolved that just because you’re not the “Bachelor” or “Bachelorette,” it doesn’t mean you’re not going to be one of the couples on Bachelor Nation Mount Rushmore.

We haven’t. There usually just isn’t enough time because we literally start filming this weekend. But we have talked about that for “Bachelor” and we would certainly talk about it for “The Bachelorette,” as well.