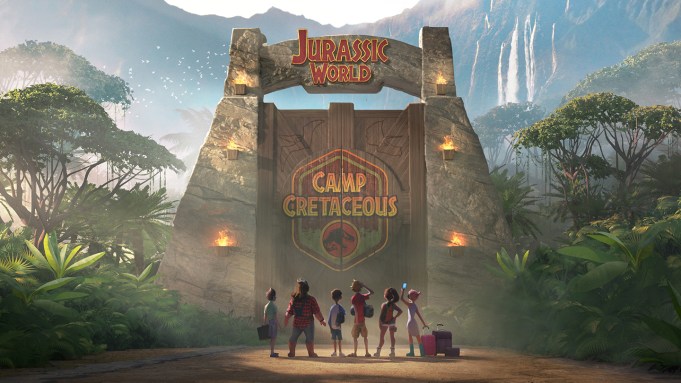 The series is set within the timeline of the 2015 film “Jurassic World” and hails from DreamWorks Animation. It follows a group of six teenagers chosen for a once-in-a-lifetime experience at a new adventure camp on the opposite side of Isla Nublar. But when dinosaurs wreak havoc across the island, the campers are stranded. Unable to reach the outside world, they’ll need to go from strangers to friends to family if they’re going to survive.

Scott Kreamer and Lane Lueras will serve as showrunners and executive producers. Steven Spielberg, Frank Marshall, and Colin Trevorrow will executive produce. Zack Stentz serves as consulting producer. The series is expected to launch on Netflix in 2020.

“Camp Cretaceous” is the latest in a long line of DreamWorks Animation projects to debut on Netflix. DreamWorks Animation and Netflix signed an expansive first look deal for animated series based on Universal Pictures properties, as well as original and acquired IP, following the acqusition of DreamWorks by NBCUniversal. Among the shows the studio has debuted on Netflix are “She-Ra and the Princesses of Power,” the “Tales of Arcadia” trilogy, and “The Boss Baby: Back in Business.” Upcoming projects include an animated “Fast & Furious” series.