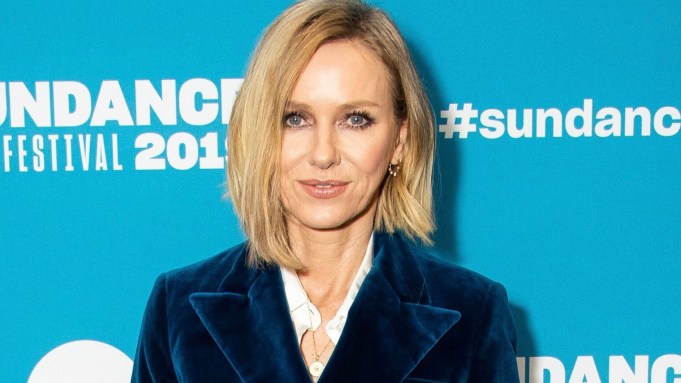 Naomi Watts got her first taste at “Game of Thrones” madness, laughing her way through an interview, trying to deflect questions about the upcoming HBO prequel.

Speaking at Variety’s Sundance Studio, presented by AT&T — where Watts was on hand for her film “Luce,” which premieres Sunday night at festival — the actress insisted she had to stay mum on all things “Game of Thrones.”

“Do you really think I’m going to tell you that? Are you trying to catch me off guard?” Watts laughed, when asked about the plot of her prequel series.

While Watts wasn’t going to reveal anything about the plot or her character, she did express her excitement over the role.

“It’s a fantastic world, isn’t it? I think there’s so many brilliant elements to that series that make it very exciting, very appealing,” Watts said. “I don’t want to dig myself into a big hole here,” she she added, with a laugh. “All I want to say is it’s very exciting…I’ll say that again and again and again — and nothing else.”

Variety asked Watts if she knows how the flagship “Game of Thrones” will end, but she didn’t answer and laughed, “Stop please! I can’t. I just can’t.” Then, her “Luce” co-star, Octavia Spencer, chimed in from off-camera, joking that she wanted to get some spoilers, “I’m going to talk to her about this off screen!”

Over her career that has spanned three decades, Watts has taken on varied roles from “Mulholland Drive” to “King Kong” to “The Impossible,” and now, Julius Onah’s “Luce” in which she stars opposite Spencer, Tim Roth and Kelvin Harrison Jr. The Oscar-nominated actress is also currently filming Showtime’s upcoming Roger Ailes series in which she’s portraying former Fox News anchor Gretchen Carlson.

When asked if she’s ready for the extreme fandom that comes along with the epic franchise, Watts said, “I don’t know. We’ll see. I know it’s pretty huge and that might take some adjusting, but there’s a reason for that fandom. I think it’s just so well done.”

In typical “Game of Thrones” fashion, HBO has kept the exact details of the prequel and Watts’ character under wraps, though the network has described her character as “a charismatic socialite hiding a dark secret.”

The prequel hails from Jane Goldman who co-created the project with “Game of Thrones” master author George R.R. Martin. The duo wrote the story together and will both serve as executive producers. Goldman will serve as showrunner, and other executive producers are Daniel Zelman, James Farrell, Jim Danger Gray, Vince Gerardis with Chris Symes as co-executive producer.

The prequel, which is currently in the pilot phase, is one of five “Game of Thrones” projects in the works at HBO, all of which are prequels. None of the five projects in contention are spinoffs to the flagship “Game of Thrones” and Martin has made it clear that none of the original cast members will be involved in any of the potential prequel series. Martin has ruled out fan theories that any of the projects focus on his characters Ser Duncan the Tall and Aegon the Unlikely, or Dunk and Egg as they are popularly known, and also said Robert’s Rebellion will not be the subject of any of the prequels.