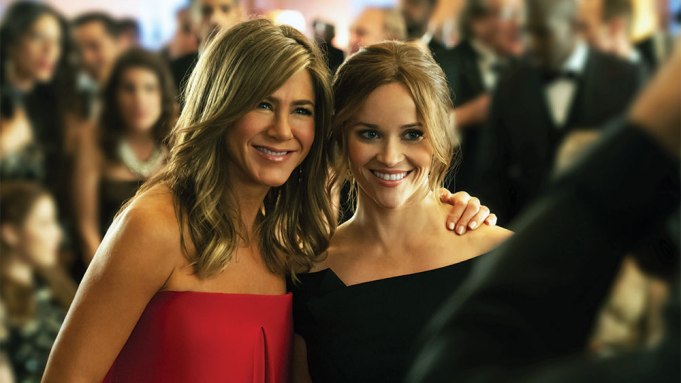 “Euphoric” was the word to describe the atmosphere around the Apple TV Plus offices in Culver City, Calif., on Monday morning as staffers awoke to the news that the fledgling service’s cornerstone drama series, “The Morning Show,” had landed three major Golden Globe Award nominations.

Apple Worldwide Video had exactly two employees — heads Jamie Erlicht and Zack Van Amburg, newly arrived from Sony Pictures TV to launch the startup unit — on the day in the summer of 2017 when the duo drove to CAA to hear the pitch for what would become “Morning Show,” fortified by stars and exec producers Jennifer Aniston and Reese Witherspoon. The series is a backstage drama set at a network TV morning show that is rocked when a longtime beloved anchor played by Steve Carell is ousted in a #MeToo scandal.

Erlicht and Van Amburg essentially bought it in the room on the pitch — before they had even set up the kind of business affairs infrastructure to close a deal with stars the caliber of Aniston and Witherspoon. The recognition from a major kudocast like the Globes, which helps establish “Morning Show” as an Emmy Awards contender, was a thrill.

“This is a phenomenal morale-booster for everyone who has worked so hard on the show the last few years. The reward is in the viewership and in the work, but the recognition is nice,” said Erlicht.

Van Amburg noted that, until Monday, he’d never before gotten up before dawn for a nominations announcement. The process of getting Apple Worldwide Video on its feet to deliver series and movies for Apple TV Plus has been grueling and exhausting. Loosely based on “Top of the Morning,” Brian Stelter’s dishy 2013 book about the a.m. news brigades, the show went through some turbulence and a showrunner change when original creator Jay Carson departed and drama veteran Kerry Ehrin was recruited.

The unfolding of the Harvey Weinstein scandal, followed by the ouster of “Today’s” Matt Lauer and CBS’ Charlie Rose for sexual misconduct allegations in the months after Apple committed to “Morning Show,” also forced big changes to the storytelling. Under Ehrin, the series tackled the #MeToo fallout, sexism and power dynamics in the workplace and even corporate governance concerns. Erlicht and Van Amburg couldn’t talk enough about Ehrin’s work as showrunner/executive producer, alongside Michael Ellenberg and director Mimi Leder.

The Globe noms for “Morning Show” as best drama series and nods for Witherspoon and Aniston are a good marketing tool for Apple TV Plus, which launched Nov. 1. But they have as much if not more value for the company in the entertainment community, validating Apple TV Plus’ ability to be a platform for awards consideration. After all, it’s been all of five weeks since the service formally launched to the public.

“It tells (consumers) that this is a destination for critically acclaimed work,” said Van Amburg. “Inside the Hollywood universe it sends the message: ‘I can go to that place and be recognized.’ ”

Erlicht and Van Amburg wouldn’t give up any hints about Season 2 of “Morning Show,” other than to say that the writing staff is back at work with Ehrin. Viewership of the series on Apple TV Plus is said to be averaging in the multi-millions per episode range, with as much as half of the audience coming from outside the U.S.