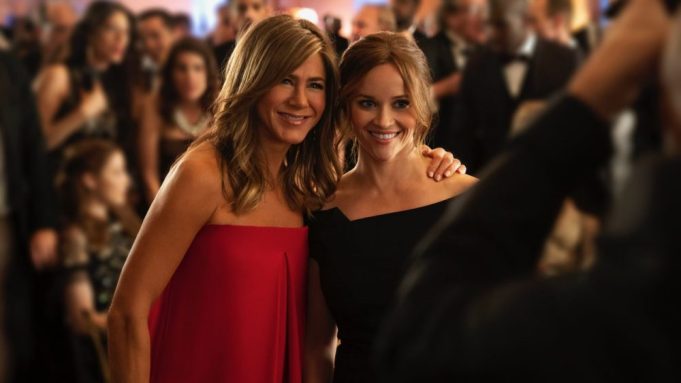 The first look at Jennifer Aniston, Steve Carell and Reese Witherspoon in “The Morning Show” is here.

Apple released an official trailer for the series Monday, a week after debuting a teaser that consisted of overlapping lines of dialogue from its stars disembodied over images of the empty sets.

In the video, Aniston’s character declares it’s going to be a “new era” at the morning talk show the Apple drama is centered on. An anchor on the show-within-the-show, she addresses her audience alone at the news desk, bringing them “sad and upsetting news” about her co-host, played by Carell, who she says was fired after allegations were made against him. But his character isn’t the only one whose life is upended by this change, as Aniston’s character is declared to have passed her “sell-by date.” Enter Witherspoon as a field reporter who claims she doesn’t fit “any mold,” and that show-within-a-show is going to have a new look and new power dynamic.

“The Morning Show” will explore the “high-stakes world of morning news and the lives of the people who help America wake up in the morning.” The trio of aforementioned talent play characters who work on the fictional show-within-the-show, with Aniston and Witherspoon’s characters being the lenses through which the story is told. They are described as “two complicated women working to navigate the mine field of high-powered jobs while facing crises in both their personal and professional lives. Thematically, the show is designed to explore “ego, ambition and the misguided search for power.”

Apple ordered two seasons of the show, with 10 episodes per season streaming exclusively on Apple TV Plus. The trailer declares the show is “coming soon,” while the previously released teaser said it would debut in the fall. The new service is an original video subscription service that will feature original shows, movies and documentaries. The app will be ad-free and programs will be available on demand.