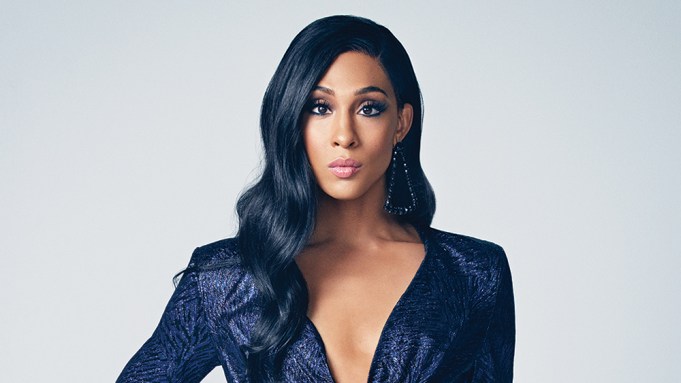 For as long as MJ Rodriguez can remember she has wanted to be a performer.

It’s safe to say that her dreams were fully realized less than two years ago when Rodriguez, now 28, landed her star-making turn on FX’s groundbreaking series “Pose.” She plays Blanca, a young trans woman diagnosed with HIV while becoming a surrogate mother to a group of LGBTQ youth shunned by their families but finding themselves — and acceptance — in the ballroom scene of New York City in the late 1980s. Co-created by Ryan Murphy, Steven Canals and Brad Falchuk, “Pose” features the largest cast of trans actors on a scripted television show ever, with Rodriguez, Dominique Jackson and Indya Moore becoming breakout stars.

Rodriguez recalls walking the carpet at the Season 1 premiere about this time last year. “I just reveled in that moment,” she says. “I lived in that moment. I felt every piece of it because my mindset always is that it could be gone in just a blink of an eye.”

Rodriguez grew up in Newark. She dabbled in school plays and children’s theater programs, but it wasn’t until her freshman year at Berklee College of Music in Boston that she landed a professional gig in a 2011 Off Broadway production of “Rent” as Angel, a character usually identified as a drag queen.

“When I started ‘Rent,’ I already had an idea of how I was going to portray Angel, simply because of who I was at that moment,” Rodriguez says. “Everyone always perceived her as a drag queen, but the reality of the matter is that I truly believe she was a trans woman.”

While Rodriguez knew she was different, her work in the musical helped her discover who she truly was. She eventually transitioned with the support of her mother, who “wasn’t a parent who ostracized her child,” Rodriguez says. “She was a parent that doted on her child more because her child was special, and different, and unique.”

Rodriguez was surprised when even her agent at the time stuck by her. “I remember calling my agency and saying, ‘Listen, you guys, I don’t know if you’re going to drop me or whatever the case may be, but I just need to let you guys know that I’m a female. That’s how I feel, and that’s how I’ve always been feeling ever since I was a child,’” she remembers. “They just welcomed me with open arms and said, ‘We don’t care. We love you, and we already pretty much knew.’ And I was like, ‘OK, good.’”

Even so, Rodriguez isn’t viewing the trans community through lavender-colored glasses. She knows her reality is the exception, not the rule, for her fellow trans sisters and brothers. A 2018 study by the American Academy of Pediatrics revealed an alarming rate of suicide attempts by trans youth, with more than half of the transgender male teens who participated in the survey saying they attempted suicide and 29.9% of trans females reporting the same. Because of inadequate healthcare and violence, LGBTQ advocates say the average life expectancy of a trans woman of color is just 35 years. According to the Human Rights Campaign, the 10 trans victims of deadly violence in the first half of 2019 were women of color.

“There are moments when I feel completely safe, but there are other moments that I don’t,” Rodriguez says, adding, “Sometimes I feel like my life is at risk. It doesn’t matter if I’m famous or not. My life is as much at risk as other women.”

With that in mind, Rodriguez believes that with success comes a responsibility to advocate for herself and others. “I want to be that actress that is fighting for all rights,” she says. “I’m obviously fighting for my community simply because I’m trans, and I have to do that, and I do it because that’s my existence. I wake up in the morning, and that is my activism.”