Continue to Variety SKIP AD
You will be redirected back to your article in seconds
Jul 22, 2019 9:17pm PT 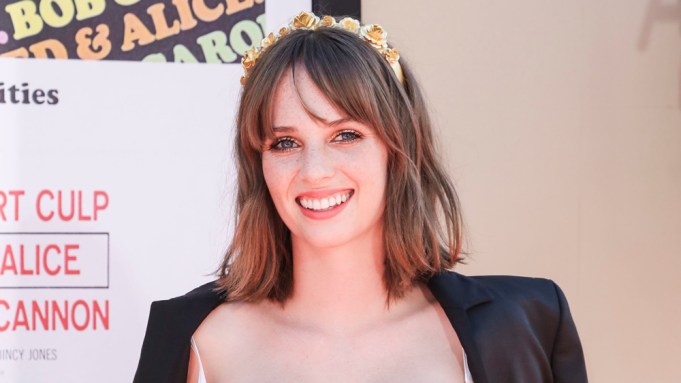 Robin Buckley shocked viewers everywhere when she came out as a lesbian to Steve Harrington on the floor of a bathroom stall, but actress Maya Hawke says the twist wasn’t always set in stone.

Hawke tells Variety that it wasn’t until episode four or five that she and the Duffer Brothers came to a final decision about Robin’s sexuality.

“It was kind of a collaborative conversation, and I’m really really happy with the way that it went,” she said at the “Once Upon a Time in Hollywood” premiere in Los Angeles.

On the show, Hawke plays “Stranger Things” newcomer Robin who joins the series as the love interest and coworker of a very down-on-his-luck Steve (Joe Keery). However, once Steve works up the courage to profess his love, he is shocked by Robin’s lack of reciprocation, leading to an emotional coming out scene in which Robin tells Steve about her crush on another girl.

However, Hawke says she had no idea Robin would receive the amount of support she has, especially considering the newness of the ice cream-scooping character.

“I loved Robin, and I gave her everything I had, and I tried to make her as human and multidimensional as I could, and I wanted people to love her,” she said. “But honestly when you bring a new character onto a TV show that is already so beloved, it’s very rare that it’s received that well… and I’m so grateful that people fell in love with Robin the way that I did.”