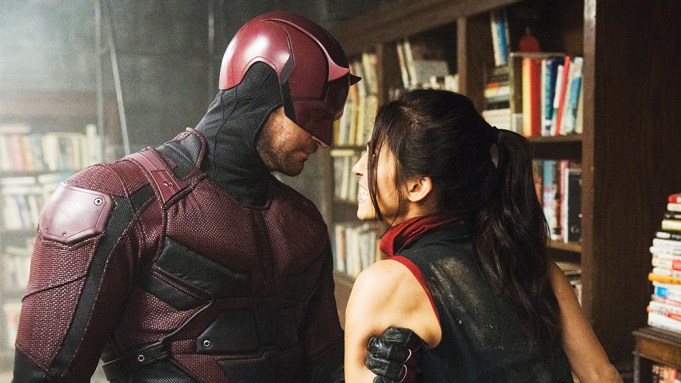 Variety has learned that Marvel Television will no longer be developing any new series beyond the shows that are currently in production. According to an individual with knowledge of the situation, Marvel will eliminate a number of positions in the near future as a result of the cessation of development at the division. Karim Zreik, senior vice president of current programming and production and members of his team will now join the Marvel Studios group. Zreik will lead the current projects in production. Marvel TV head Jeph Loeb will remain with the division during the transition.

The move to close up shop on Marvel Television was not altogether unexpected, as Variety reported in September that there was a growing perception in the industry that Loeb’s division was on its way out given that Marvel movies boss Kevin Feige was set to produce a number of big budget live-action shows for Disney Plus featuring character from the Marvel Cinematic Universe. Shortly thereafter, it was announced that Feige had been promoted to chief creative officer of Marvel and has taken over the Disney-owned company’s storytelling across mediums, including publishing, film, TV, and animation. It was widely believed at that time that Loeb would exit the company within the next few months.

The only Marvel Television live-action show currently in the works is “Helstrom” at Hulu. Hulu had previously ordered a live-action “Ghost Rider” series starring Gabriel Luna as well, but that project was scrapped in September.

Marvel also has four animated shows at Hulu: “Howard the Duck,” “Hit Monkey,” “Tigra & Dazzler,” and “M.O.D.O.K.” All four shows are expected to debut separately before crossing over with “The Offenders” event series. However, news broke last week that the showrunner and writing staff of “Tigra & Dazzler” had departed the show over creative differences. The search for a new showrunner is ongoing.

Fellow Marvel-Hulu series “The Runaways” will end with its upcoming third season, while “Agents of S.H.I.E.L.D” will end after seven seasons on ABC this spring. All of Marvel Television’s other live-action shows have been canceled in the past year.

Feige’s division — part of the Walt Disney Studios feature-film operation — is currently working on shows centered on characters like Hawkeye, Falcon and Winter Soldier, as well as Loki, and Vision and Scarlet Witch, with shows based on She-Hulk, Ms. Marvel, and Moon Knight also in the works.

According to sources, multiple Marvel Television and Home & Family Entertainment executives at the vice president level and above outside of Zreik’s team will be replaced as a result of the move. In addition, sources say that Brian Crosby, creative director of Marvel Themed Entertainment, will no longer be working on Marvel projects as part of the Disney parks division, though he will remain with the company.

Also exiting the company is family entertainment chief Cort Lane. A Marvel veteran in charge of television animation, Lane has deep relationships with counterparts in Disney’s corporate-franchises, parks and consumer-products arms, as well as with licensees such as Hasbro and Lego. He is believed to be staying on through January as part of the transition, as Marvel gears up for its first major TV entry in the preschool space, “Marvel’s Spidey and His Amazing Friends.”