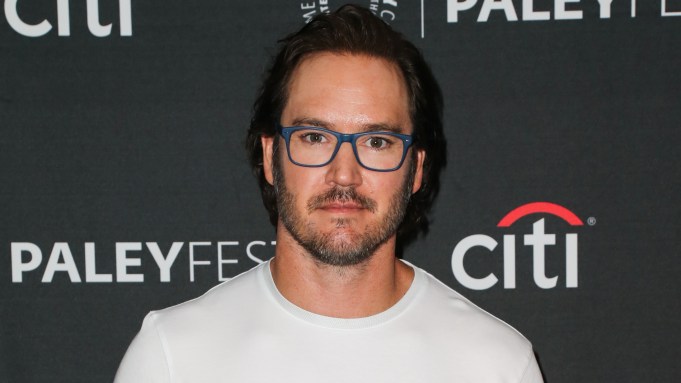 The Bayside gang is reuniting, but Zack Morris isn’t invited — for the time being, at least.

Mark-Paul Gosselaar, who played the good-looking yet incorrigible Zack in NBC’s beloved “Saved by the Bell” series, said he was never approached to take part in the show’s forthcoming TV sequel, which will reprise roles from Mario Lopez and and Elizabeth Berkley.

“I read it in the trades just like everybody else this morning,” Gosselaar told Variety on the “Mixed-ish” premiere red carpet Monday night. “Honestly, I was never approached. I woke up to the news this morning with a kind of ‘huh’ response.”

Although he said he would definitely consider reprising the lovable character (“I’ve always been interested, of course,” he said), he does understand why NBC never reached out. Gosselaar now stars in “Mixed-ish” on ABC, which poses competition against NBCUniversal’s newly named streaming service Peacock.

“I’m on ABC, so it doesn’t really fit into that considering Disney Plus, so I understand the business side of things,” he said. “But I had no idea it was that far along.”

Still, when Peacock announced plans for the “Saved by the Bell” revival, it drew on the popularity of Zack through the events that kick off the new series and certainly left the door open for Gosselaar to cameo.

Picking up decades after the original series went off the air, that character is said to now be California governor, who faces backlash for shuttering too many low-income high schools. The affected students then get dispersed to the highest-performing schools in the state — including his alma mater, Bayside High. The revival comes from showrunner Tracey Wigfield, who will executive produce alongside original series creator Peter Engel and original series producer Franco Bario. Original series stars Elizabeth Berkeley and Mario Lopez will reprise their roles as Jessie Spano and AC Slater, respectively, and they will also produce.