‘The Mandalorian’: Taika Waititi Compares Droid IG-11 to the Terminator 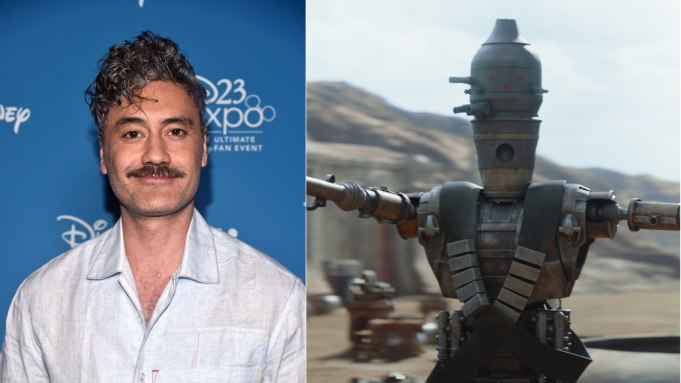 Taika Waititi wants to clear up any confusion surrounding his character in the Disney Plus “Star Wars” TV series “The Mandalorian.”

“The droid’s name is IG-11, a lot of people presumed it was IG-88 because he looks very much the same. [It’s] IG-11 actually.” Waititi explained to Variety. “I’ll be very honest with you. I didn’t know the difference between any of these things.”

Galaxy nuances aside, Waititi’s droid bounty hunter pairs up with the Mandalorian (portrayed by Pedro Pascal) in the first episode.

“He’s a sharp shooter, he’s very efficient, he’s all things that you’d expect from a droid,” Waititi said. “He’s like a Terminator, but he looks a bit more wonky looking and tall and lanky.”

The stoic and by-the-book droid that audiences meet in the pilot will grow as new episodes drop, Waititi shared.

“I love the idea that this droid has an amazing arc throughout the series,” he said. “And I’m not going into that because I’ll get in trouble. It’s an interesting character. He becomes a very lovable character.”

And why, out of all the aliens, Jedis, and Siths in the “Star Wars” universe, did Waititi want to play a drone?

“Because that was what was offered to me,” he joked. “Jon [Favreau] said ‘Do you want to be this droid?’ And I went, ‘Yeah.’ I don’t really question things like that. If someone wants me to do something, I just pretty much do them.”

More from “The Mandalorian”: