‘Luther’ Writer on How His Stories Are Rooted in Irrational Fears 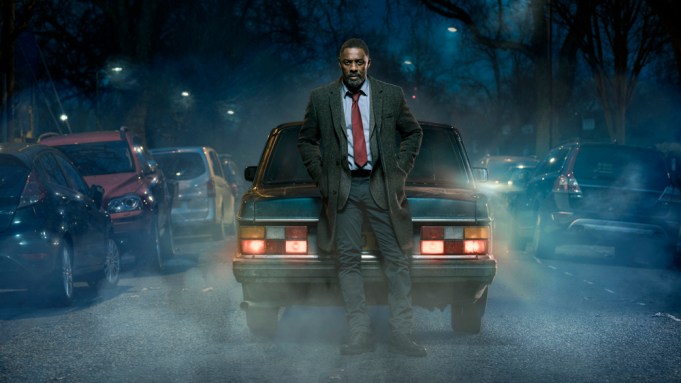 One of the secrets of the worldwide popularity of British crime drama “Luther,” whose fifth season is airing on consecutive days this week in the U.K., lies in the audience’s fascination with its psychopaths, but the show’s creator and writer Neil Cross is not primarily interested in their back story or motivation.

“Pretty much every bad guy we have had … the first agitation in my brain has come from some direct personal experiences. It might be passing a courier on the stairs in the office and I think: Why is that guy wearing his helmet? What has he got in his messenger bag? Or I might be on the Tube [subway] by myself, walking down the street by myself or in my house by myself…”

“So all of the bad guys are avatars of my fears and anxieties, and once I have isolated that fear – the guy under the bed … that’s a shared anxiety with so many of us – once I’ve got that initial spark of anxiety, then I begin to think about the character that could exemplify it… Who is he? Why is he doing what he is doing? What does he want? But that ultimately comes second to the scary stuff. You start with the fear and work backwards.”

After almost a decade on television screens around the world, “Luther’s” popularity exhibits no sign of waning. What is the reason for that enduring success? “In my happy dreams I like to think it is the power of the scripts and the stories, but ultimately the secret of ‘Luther’ is this singular character played by this singular actor,” Cross says, referring to the show’s star, Idris Elba.

He expands on the point: “Idris in this role is a singular, unrepeatable phenomenon. We could never have predicted that Idris and I would be such a good emotional and psychological match. But something about the way we exist in the world kind of tessellates.”

“So we always talk about this character in terms of joint custody – that he is someone we both love, and we both care about, and we both want the best for. I just think it is a non-predictable and ultimately unrepeatable phenomenon.”

Despite his love for Luther, Cross admits that he torments him, although he claims Luther emerges stronger and wiser from these terrifying experiences. “I think one of the unexpected pleasures and advantages of having a show last this long and be so focused on its central character is we’ve been in a position to watch somebody be tempered by experience. So we’ve watched him go through various permutations of hell, and every time come out damaged but stronger. The secret of ‘Luther’ is watching the character, as played by Idris, suffer and survive and move on.”

Cross is an avid viewer of television dramas, but when I ask him about the inspiration he draws from other shows, he suspects an accusation of theft may lie behind the question, so he fires back a denial. “No, I never steal. I love really good television, and I find other shows inspiring, exciting in some ways, but I never directly nick,” he says, using a British slang word for thieving. But then he makes a confession.

“I can trace ‘Luther’s’ DNA back to ‘Columbo,’ which is one of my all-time favorite television shows. We stole lots from ‘Columbo.’ We stole the format from ‘Columbo,’” he says. “I had many discussions with the BBC at the time [of the show’s inception]. It’s not a ‘whodunnit’ or a ‘whydunnit,’ it’s a ‘howcatch’em.’ There is no mystery, so it’s just like ‘Columbo.’ We see the crime being committed at the beginning of the episode, and actually the story is about how our central character is going to catch them, not who they are or even really what their motivations are. And the coat … the coat was a nod to ‘Columbo.’ And the car was a nod to ‘Columbo.’”

Cross also is a fan of “The Shield,” a show that he says has largely been forgotten. “I watch how Vic Mackey – the central character – is always torn between things he has to do. He is always racing to one place when he has got to be somewhere else. And so much of that has fed into ‘Luther.’ So you are inspired by moments of great audacity on television and you might not want to borrow the specific setting but the audacity itself can inspire you.”

One such moment of audacity on television, he says, is the “Battle of the Bastards” episode on “Game of Thrones.” “Despite the scale of it and the expense of it… the size of the battle, the number of people involved … it was a tiny story about Jon Snow and his claustrophobia and his inability to achieve what he needed to achieve. It was enormously audacious, and I look at that and it inspires me.”

Aside from his TV commitments, Cross continues to write movie scripts and novels, although the latter artform he believes to have been eclipsed by the small screen. “I think that the way television is being watched is replacing the societal and cultural function of the novel. We consume television like we used to read books.”

He recalls how when he was a boy he’d never go out on Thursday nights as that was the day comedy-drama “Minder” aired in Britain. “Now people will just select a TV show and watch [the whole season] in one go. Instead of one more chapter [of a novel] before I turn off my light, it is one more episode before I turn the light off.”

Cross picks what he admits to be a somewhat arbitrary cutoff point for the collapse in the influence of the novel and the ascendancy of the TV show. “I like books but I can’t think of a novel published since the year 2000 that is as culturally important as ‘The Sopranos’ or ‘The Wire’ or ‘Breaking Bad.’ I just think that the narrative function of television is supplanting the novel.”

This season is the first where Cross and Elba both have executive producer credits, but in some senses that’s a formality. “We have been de facto executive producers since the beginning,” Cross says. “It is not a case of us, either in tandem or singularly, micromanaging, but each of us has very strong feelings about what a season of ‘Luther’ should be, and what it should look like, and how it should feel and sound. So we are both elbows deep in it.”

Cross has not been tempted to serve as the showrunner on the series as he has previously done on other shows like pirate tale “Crossbones” for NBC. “No, I have done that in the States and it is not a process that I particularly enjoy. This time round we are working with Jamie Payne, who I know very well and is my friend and is a fantastic director. There is not an aspect of any scene that we haven’t discussed at length and in fact we were doing it in the trailer this morning. But ultimately Jamie is our director, and the reason Jamie is our director is because I trust Jamie to be our director, and he is a thousand times better at it than I could ever aspire to be, so why would I sit at Jamie’s shoulder behind the monitor telling him how to do his job?”

What can viewers expect from the new season of “Luther,” which airs in the U.S. on BBC America later this year? Cross says he was in a book store earlier that day with his youngest son who came across a television encyclopedia, and turned to the page on “Luther.” The book repeated a quote from the Guardian newspaper: “You know something terrible is going to happen and then the terrible thing happens, but it is more terrible than you could possibly have imagined.”

“We are not going to change the format – ‘Luther’ is always going to be ‘Luther,’” Cross says, “but the intent of the show and the thing that we take most joy in and the thing we plan to the minutest detail and overthink is how always to surprise the audience – to scare and surprise them while remaining entirely true to the show.”