‘Riverdale’ Shuts Down Production in Wake of Luke Perry’s Death 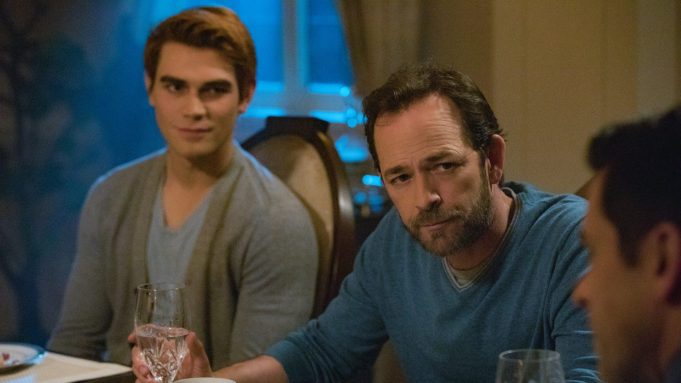 UPDATED: Production on “Riverdale” remains shut down as of Tuesday, March 5.

“Riverdale” shut down production on Monday following the news of Luke Perry’s death, Variety has learned.

“We are deeply saddened to learn today about the passing of Luke Perry. A beloved member of the ‘Riverdale,’ Warner Bros. and CW family, Luke was everything you would hope he would be: an incredibly caring, consummate professional with a giant heart, and a true friend to all. A father figure and mentor to the show’s young cast, Luke was incredibly generous, and he infused the set with love and kindness. Our thoughts are with Luke’s family during this most difficult time.”

Perry played Fred Andrews, the father of Archie Andrews, on the CW series and had been with the show from the very beginning. He died Monday morning after suffering a massive stroke last Wednesday. It is unknown at this time how the show will address his death and whether his character will be written off.

Tributes to Perry began pouring in almost immediately. His “Riverdale” co-star Molly Ringwald wrote, “My heart is broken. I will miss you so much Luke Perry. Sending all my love to your family.” The official Twitter account of the “Riverdale” writers’ room posted, “Luke Perry… you were a joyful and vibrant soul. You will be missed but most certainly your legacy will be remembered forever. Rest in love and peace, friend.”