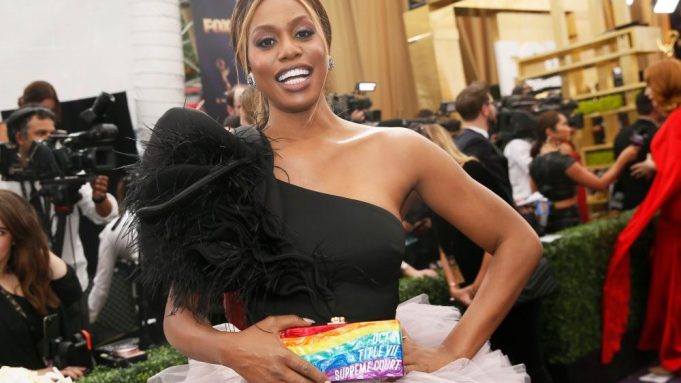 “Orange is the New Black” actress Laverne Cox strutted down the purple carpet at the 71st Primetime Emmy Awards flaunting a small, rainbow-colored purse with the words “Oct. 8, Title VII Supreme Court” across the front.

“Oct. 8 there’s an incredibly important case going to the Supreme Court involving Title VII,” she told Variety‘s Marc Malkin as she brought out her date for the night — ACLU staff attorney Chase Strangio.

“They’re being asked to make it legal to fire someone just because of who they are and because someone is LGBTQ,” Strangio said.

“We have about two and a half weeks to really raise our voices and say this not okay. We do not want to roll back civil rights protections for anyone and the stakes could not be higher. The administration is asking the court to say that it would be lawful to fire someone not just for being LGBTQ, but for departing from sex stereotypes in any way,” Strangio said. “We’re in trouble if we don’t stop this now.”