Kristen Stewart Reveals She Loves ‘Naked and Afraid’: ‘That Is High-End Reality TV’ 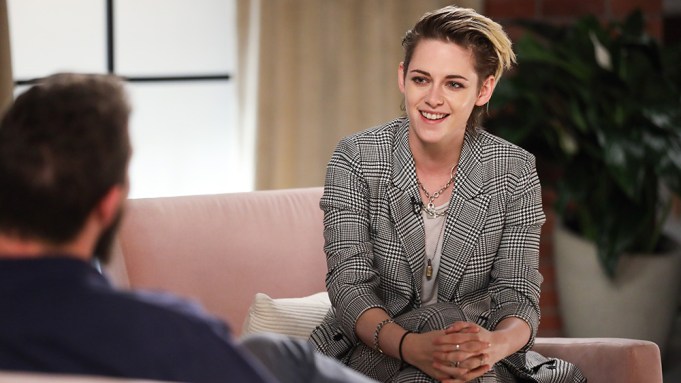 Kristen Stewart (“Seberg”) loves “Naked and Afraid” and wondering what shoes smell like.

Stewart discussed her tastes in reality TV and interest in Shia LaBeouf’s (“Honey Boy”) shoes during a conversation for “Variety Studio: Actors on Actors.” LaBeouf began the interview by asking Stewart what she likes to watch in her free time.

LaBeouf mentioned “Naked and Afraid” and Stewart lit up, saying “I love that.” “That’s high-end reality TV. That is high stakes, that is the highest stakes.”

“No, I’m not. It’s a bit like a camping trip. You’re vulnerable with people and you rely on them.”

“That must’ve been really like a camping trip. I wanted to know what those shoes that you wore in ‘Peanut Butter Falcon’ smelled like so bad,” Stewart said. “I was like, oh my god, that guy, you looked like you were on a six-month camping trip. It looked so fun. It must’ve felt so good. You were just caked [in mud] the whole time.”

Variety’s Actors on Actors issue is on newsstands now. The Emmy-nominated “Variety Studio: Actors on Actors” will air on PBS stations and the World Channel starting in January. Check back for more from Stewart, LaBeouf and the other best actors from this year’s film season.