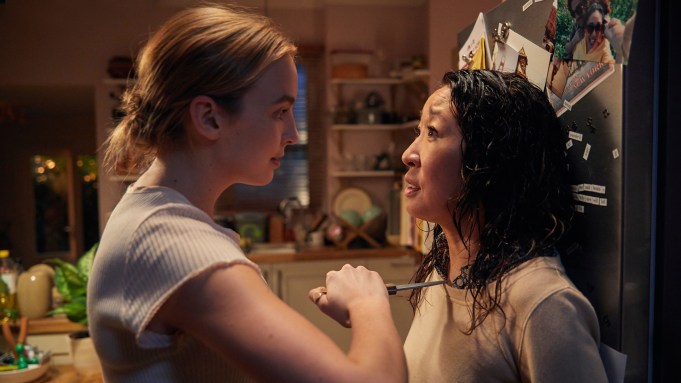 “Killing Eve” has been picked up for a third season with a new showrunner.

Suzanne Heathcote will helm the third season of the critically-acclaimed series, taking over from Emerald Fennell. The announcement was made at the AMC Networks summit in New York on Monday by Sarah Barnett, president of entertainment networks for AMC.

The news comes just one day after the premiere of the show’s highly-anticipated second season. The first season aired on BBC America, while Season 2 is being simulcast on both BBC America and AMC.

“We love having this show and the brilliant Sandra Oh, Jodie Comer and Fiona Shaw on our networks,” said Barnett. “Phoebe Waller-Bridge and Emerald Fennell have delivered two addictively entertaining seasons. As we did last year, we’re renewing Killing Eve right out of the gate, now with Suzanne Heathcote as lead writer, as a sign of confidence – we adore this show as much as our fans do. ‘Killing Eve’ doesn’t do anything in a templated way; we love giving opportunity to three genius women to make their mark.”

Based on the “Codename Villanelle” novellas by Luke Jennings, the third season will be executive produced by Sally Woodward Gentle, Lee Morris, Phoebe Waller-Bridge, Gina Mingacci, Damon Thomas, and Oh. Jeff Melvoin also joins as an executive producer on Season 3.