Kevin Bacon on Not Acting ‘Likable,’ Whether ‘Tremors’ Could Ever Come Back 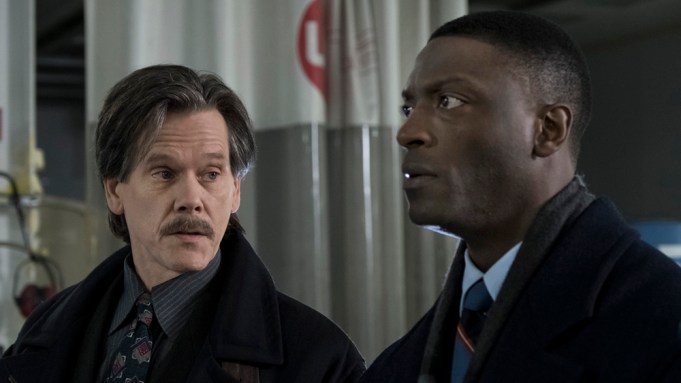 Whatever you do, don’t tell Kevin Bacon to act “likable.”

“I can walk into a room hungry — from an acting standpoint — angry, fearful, aggressive. I don’t know how to walk into a room ‘likably,’” he tells Variety. “That’s not an actable action for me.”

Although the veteran TV and film actor has a knack for humanizing otherwise unlikable characters, including Jackie Rohr, the generously mustachioed FBI veteran Bacon plays on Showtime’s “City on a Hill.”

The cop drama is set in early ‘90s Boston, where crime and corruption were rampant until the city, ostensibly, turned a page (dubbed the “Boston miracle”). But Bacon’s Rohr — with his unbridled bigotry and sexism — feels like a relic, regardless of time period. The show also touches on themes of police corruption and systemic racism, topics Bacon says still feel relevant today.

“I feel like, as a society, we have a growing concept of institutional racism, which I think is something we’ve kind of convinced ourselves that — because we elected Obama — that that was all over,” says Bacon. “I think we’re living in a time where that’s clearly not the case. It’s interesting to look back at this show and say, ‘How long it is gonna take us?’”

Showtime has renewed “City on a Hill” for a second season. For its freshman run, actor Kyra Sedgwick — Bacon’s wife — directed an episode. Daughter Sosie has also taken to the family business, co-starring in Netflix’s “13 Reasons Why,” despite, Bacon says, not showing an initial interest in acting.

Not that Bacon exactly encourages anyone to get into the business, calling it a “lifetime of rejection.” When would-be thespians ask whether or not they should pursue acting, Bacon routinely tells them “no.”

And while he loves working in television, Bacon says he hopes to find his way back into movies and also back into the same universe as his 1990 sci-fi comedy “Tremors.” Bacon played Val McKee, a handyman who battles giant underground worms.

“I liked that character because it was the only character I really looked at and said, ‘I wanna know where he is 25 years later,’” Bacon says.

He shot a pilot for a TV series reboot of the cult classic in 2017, which Syfy ultimately turned down. As for whether or not there’s any hope that it could possibly find a home?

“I feel like we’ve explored the options. But, listen, you never know. Stranger things have happened,” he adds.