‘Veep’ Cast, Kardashian Sisters Among Next Round of Emmy Presenters 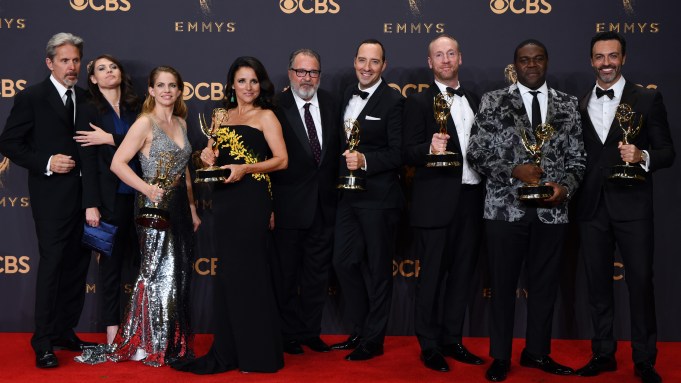 A “Veep” reunion is on tap this Sunday on the Emmy stage, as producers reveal the second round of presenters at this year’s ceremony.

Emmy nominee Julia Louis-Dreyfus, who’s poised to make history on Sunday if she wins (giving her the title for most Emmy wins ever by a performer), will be joined on stage by her fellow “Veep”-mates Anna Chlumsky, Gary Cole, Kevin Dunn, Clea Duvall, Tony Hale, Sam Richardson, Reid Scott, Timothy Simons, Sarah Sutherland and Matt Walsh.

Other casts presenting include the “Keeping Up with the Kardashians” trio of Kim Kardashian West, Kendall Jenner and Kylie Jenner.

Producers Don Mischer Productions and Done+Dusted are behind this year’s telecast. The 71st Emmy Awards will air live from the Microsoft Theater in Los Angeles on Sunday, Sept. 22, at 8 p.m. ET/5 p.m. PT on Fox.