Jane Lynch on ‘AGT’ Controversy: NBC Needs ‘to Get Their Act Together Around Women & Race’ 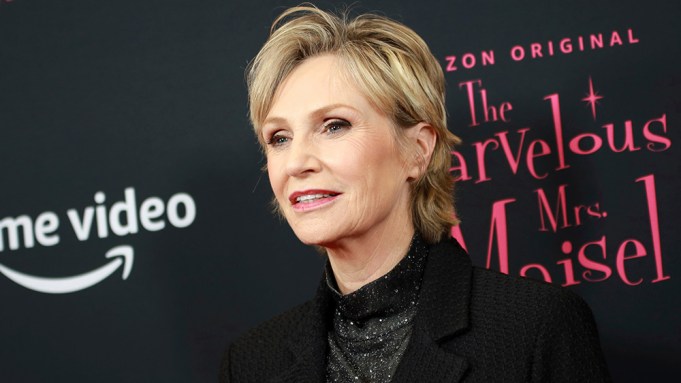 Jane Lynch has had a wonderful experience on “Hollywood Game Night,” the celebrity game show she’s hosted for six seasons on NBC. But in light of Gabrielle Union’s exit on “America’s Got Talent,” another hit alternative show on NBC, Lynch says the network has a problem.

“I don’t know so much about it, but what I do know about it is I’m really glad she’s standing up for herself,” Lynch told Variety. “From what I read — I didn’t read a lot of it — but it sounds like NBC, they’ve got to get their act together. They just really have to get their act together around women and around race. It just kind of feels like someone is asleep at the wheel over there.”

Speaking to Variety on Tuesday evening at the Season 3 New York City premiere of Amazon’s “The Marvelous Mrs. Maisel,” on which she’ll have an expanded role in the new season, Lynch explained that her own experience working with NBC has been positive.

“I love my producers. I love the show. It’s wonderful. And the network is always great to me,” Lynch said. “So, you know, I just think there’s a blindness.”

Lynch joins a chorus of celebrities to publicly support Union and condemn NBC. “Grey’s Anatomy” star Ellen Pompeo, Ariana Grande and Patricia Arquette have all taken to Twitter to express concern over the situation. Former “America’s Got Talent” judges Howard Stern and Sharon Osbourne both slammed “AGT,” with Stern dissing Simon Cowell’s handling of female judges, and Osbourne complaining about pay inequality and the culture of a “boys’ club” on the show.

On Wednesday, Union shared that she had a “productive” five-hour meeting with NBC and “America’s Got Talent” producers during which she resurfaced complaints of a toxic culture and racial insensitivities on the set of the reality competition show. “I was able to, again, express my unfiltered truth. I led with transparency and my desire and hope for real change,” Union tweeted.

Variety exclusively reported that Union was ousted from the show, along with fellow judge Julianne Hough, after raising concerns over insensitivities to women and people of color throughout the season.

Lynch has won two Emmys for her work on “Hollywood Game Night,” which she has hosted since 2013, with the most recent season airing this past summer. Throughout the past two seasons of “The Marvelous Mrs. Maisel,” she has guest-starred as the comic Sophie Lennon, a role she’ll reprise in the new season, which launches this Friday. This past year, Lynch won the guest star Emmy for her work on “Mrs. Maisel.”