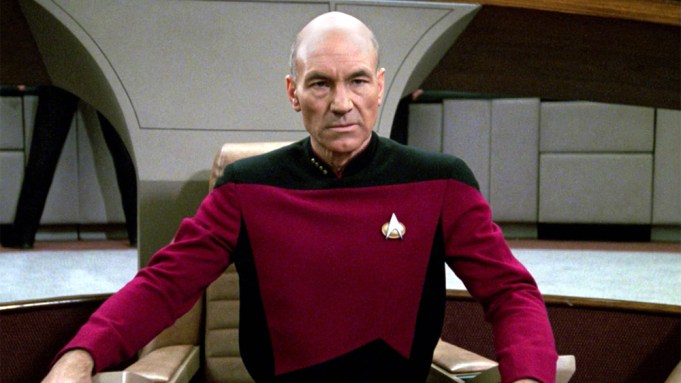 Getting Patrick Stewart to reprise the role of Capt. Jean-Luc Picard in a brand new “Star Trek” series on CBS All Access took a lot of convincing, according to the franchise’s executive producer, Alex Kurtzman, but was made possible by ensuring it wouldn’t seem repetitive.

Kurtzman revealed the inside story of how he and his team wooed Stewart in a Q&A at Variety‘s CES Summit on Tuesday in Las Vegas.

“We heard he was very reticent, for a million understandable reasons, to do it,” said Stewart told Variety. “I think he just felt ‘I don’t know what else there is to do?'”

But Kurtzman and his writers pitched him on a fresh storyline for Picard in which the character’s life is deeply affected by the dissolution of the Romulan empire.

“We proposed it to him, he sat there and listening very thoughtfully as he does, said, ‘Thank you, let me think about it,'” Kurtzman recalled. “We thought we failed. But on Monday his agent called and said, ‘He’s interested and he’d like to know more and can you write down what you had.'”

What was to be a four-page treatment ballooned into 34 pages that fully fleshed out the series. That was enough to get Stewart back; the untitled series, from CBS Television Studios, is currently entering pre-production.

The exact plot details are being kept mostly under wraps, though the series will take place after the events of “Star Trek: The Next Generation.” Kurtzman will executive produce with James Duff, Akiva Goldsman, Michael Chabon, and Kirsten Beyer along with Stewart, Trevor Roth, Heather Kadin, and Rod Roddenberry. CBS Television Studios will produce.

Kurtzman also described how he is managing multiple other shows within the “Trek” franchise including “Star Trek: Discovery,” which returns next week to CBS All Access for a second season.