Stars Use Golden Globes Stage to Push for More Diversity 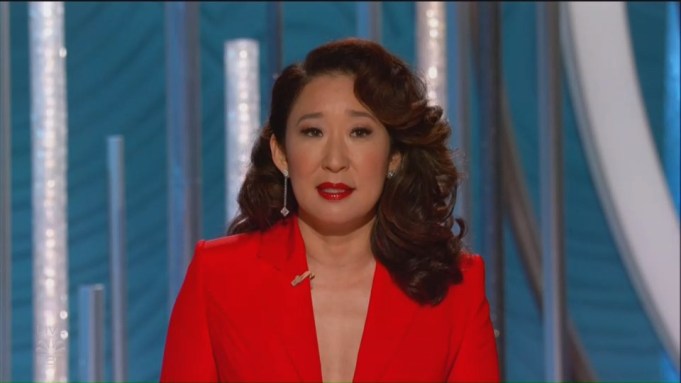 Diversity was once again front and center at the Golden Globe Awards as multiple winners used the kudocast as a bully pulpit to advocate for greater inclusion efforts throughout the entertainment industry.

Regina King, who won supporting film actress for her work in “If Beale Street Could Talk,” pledged that she would insist that at least 50% of the cast and crew members on her future projects would be female. King has become active as a director and producer in recent years in addition to her much-praised acting work.

Patricia Arquette, winner of lead actress in a limited series for Showtime’s “Escape at Dannemora,” called for pay parity for women across all industries. She characterized it as a matter of civil rights for women who are increasingly in the role of sole or primary breadwinners for the family.

Glenn Close, an upset winner for film drama actress for “The Wife,” emphasized that the expansion of entertainment platforms has helped foster a more inclusive working environment for previously marginalized communities — including women over 40.

“That’s the advantage of all the places where these wonderful stories are being told now,” Close told reporters backstage. “Women are taking control and starting production companies and nurturing stories that will give them good roles. I really long for the day when it’s not just a ‘woman’s movie’ but just a ‘good movie.’ “

Producers of the Golden Globe Awards are known to have sought to de-emphasize politics and activism on this year’s telecast. Last year’s ceremony became a showcase of Hollywood’s outrage at the #MeToo revelations that were still raw at the time of the 2018 telecast.

But issues of diversity and inclusion remain in the ether for the entertainment industry. The jarring impact of the national reckoning over sexual misconduct in the workplace has unleashed a pent-up determination to change the power dynamic in the industry at long last after decades of stubbornly low rates of participation for women as directors, showrunners, executives, cinematographers and more.

Co-host Sandra Oh hit the subject head-on in her opening monologue with Andy Samberg, which was otherwise light and snarky. Oh was emotional as she addressed the crowd at the Beverly Hilton’s International Ballroom and the audience at home. She referenced the high volume of persons of color who were nominated, and the mainstream success of movies such as “Black Panther” and “Crazy Rich Asians” that would previously would have been seen as niche properties.

“I wanted to be here to look out into this audience and witness this moment of change,” Oh said of her decision to serve as co-host. “And I’m not fooling myself. I’m not fooling myself. Next year could be different. It probably will be. But right now, this moment is real. Trust me, it is real. Because I see you. And I see you. All of these faces of change. And now so will everyone else.”

“Green Book” executive producer Octavia Spencer noted that her involvement as a producer in the movie that won for comedy/musical film came about because of the heightened awareness in Hollywood. She was brought in by producer Jonathan King because he realized the story of jazz pianist Don Shirley and his efforts to battle segregation needed the perspective of a person of color from the South.

“All of the conversations we’re having about diversity, they’re having effects in rooms all across the industry,” Spencer told reporters backstage. And the fact that Shirley’s story could make it to the screen as it did is testament to Hollywood’s openness to diverse stories. “This is a guy whose story needs to be out there for the young people who are still in the resistance,” Spencer said.

“This story when I heard it gave me hope and I wanted to share this hope with you. Because we are still living in divided times, and that’s what this movie is for, it’s for everybody. If they can find common ground here, we all can,” Farrelly said in accepting the award. “All we have to do is talk and to not judge people by their differences, but look for what we have in common.”