‘Lizzie McGuire’ Reboot Series in the Works at Disney Plus 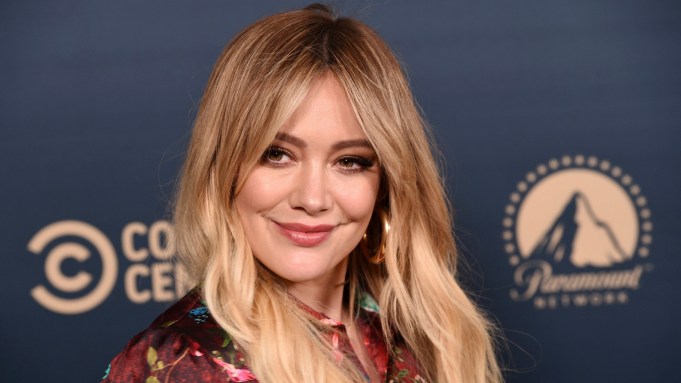 Get excited “Lizzie McGuire” fans because a reboot series of the much loved Disney Channel teen show has been picked up at Disney Plus.

Lizzie McGuire, herself, Hilary Duff, who is set to reprise the role, announced the series at Disney Plus’s D23 Expo event. Terri Minsky, who created the original, is also aboard the revival, which he was on hand to promote Friday.

The original “Lizzie McGuire” series ran for two seasons on the Disney Channel from 2001 to 2004.  The show helped establish Duff as a household name in the 2000s. It centered around the titular 13-year-old who struggled to navigate middle school.

“Lizzie has also grown up, she’s older, she’s wiser, she has a much bigger shoe budget,” Duff said from the stage Friday in Anaheim. “She has her dream job, the perfect life right now working as an apprentice to a fancy New York City decorator. “

Duff added that the character now has “the perfect man, who owns a fancy restaurant. She’s getting ready to celebrate her 30th birthday.”

In Variety’s original review of the series, Laura Fries deemed the show to be a “beguiling and entertaining kids show.” The series was adapted into a movie, aptly titled “The Lizzy McGuire Movie,” which was released in 2003 and grossed around $55 million at the box office from a $17 million budget. Various “Lizzie McGuire” spinoff series were touted after the show’s conclusion, however, none of them every made it to the screen.

Duff’s most recent TV work includes a main role in the TV Land series “Younger.” She was also a guest co-host on CBS’ “The Talk” in the past couple years. Earlier in 2019, Duff starred as Sharon Tate in the indie movie “The Haunting of Sharon Tate.”