HBO Max vs. HBO Now vs. HBO Go: Why WarnerMedia’s Strategy May Lead to Brand Confusion 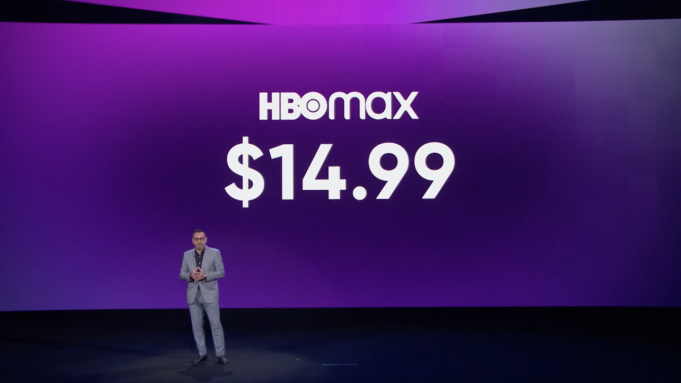 It’s not TV, it’s… well, it’s a bit confusing. WarnerMedia has finally unveiled details behind HBO Max, the company’s long-awaited direct-to-consumer offering that will compete in an increasingly crowded field starting next May. But for existing HBO subscribers, it’s still not quite clear what they’ll be getting — or when they’ll be getting it.

That’s because HBO users are already spread out among a wide variety of interfaces, including the linear HBO channel, the digital on-demand HBO Go service for authenticated cable subscribers, and the standalone HBO Now streamer. HBO linear, HBO Go and HBO Now aren’t going anywhere, and now HBO Max will add another option — perhaps leading to brand confusion in the short run.

For potential new subscribers, Tuesday’s announcement was simple: HBO Max will cost $14.99 per month — the same price as the current HBO Now, but with a much bigger basket of content that includes HBO originals plus full seasons of “South Park,” “Friends,” “The Big Bang Theory,” the entire Studio Ghibli library, and a slew of new originals. And when WarnerMedia unlocks the doors to HBO Max in May 2020, direct-billed subscribers of HBO Now will get access to HBO Max for no extra charge. Same goes for the roughly 10 million HBO subs who have one of AT&T’s TV services.

The hypothesis is that by pricing HBO Max at the same level as existing HBO with a wealth of new content, it can add millions of incremental new customers. But HBO Now isn’t going anywhere for now, and it’s not as easy as just immediately transferring all 8 million or so HBO Now subscribers over to HBO Max.

“The assumption that subscribers will simply migrate to the new and shiny… speaks volumes,” one consumer monitoring the WarnerMedia headlines wrote on Twitter. Added another: “I’m totally confused. Why so many names? Branding breakdown!”

So why isn’t the company simply rebranding HBOs Now and Go as HBO Max, moving everyone over and cleaning up its confusing mélange of streaming brands?

The answer: It would be an operational nightmare, and probably not even feasible in the near term given the company’s obligations under distribution contracts for HBO products.

WarnerMedia announced that all direct-billed HBO Now subscribers could access HBO Max on day one. But here’s the rub: Not everyone purchases HBO Now straight from WarnerMedia. Many buy it through a third party, such as Hulu or Apple.

When asked whether he expected a lag time in HBO Now subscribers from switching to HBO Max, WarnerMedia CEO John Stankey was a bit flippant: “In some respects I look at it as a bit of an IQ test, which is, why wouldn’t you want twice the content for the same price?”

IQ test aside, there may also be legitimate reasons why linear HBO subscribers won’t trade HBO Go for HBO Max when it comes to streaming their favorite shows from the channel.

First of all, HBO Max will run on an entirely new infrastructure, using some elements of the platform operated by iStreamPlanet, the Las Vegas-based streaming-video provider Turner acquired in 2015. It will have newly designed user interface with bells and whistles for personal recommendations, advanced parental controls, co-viewing shares profiles for family members, and “human-curated” content sections including Snapchat-like stories with recommendations from celebs including Regina King, Zac Efron and Bill Hader.

The existing HBO Now has an estimated 8 million users, served by a back-end infrastructure developed in-house by HBO. That came after it moved the service last year off BAMTech, the Disney-owned streaming services company founded by Major League Baseball, looking to better control that strategic asset as Disney ramped up its own direct-to-consumer rival.

Forcing all 8 million HBO Now subs to download and sign up for HBO Max would be disruptive, to say the least — instantly producing a customer-service headache. It might also give an opening to some HBO Now customers to decide they don’t need to keep subscribing. And, adding millions of customers overnight to a brand-new service would put a strain on HBO Max that WarnerMedia wants to avoid.

Another point: HBO Now is available across 22 different device platforms, and it’s possible that HBO Max will not be fully implemented on all of those by next May.

There’s also the fact that HBO Now has distribution deals with companies including Apple, Google and Roku (and HBO is also available through Amazon Channels) that provide direct billing to subscribers. HBO doesn’t “own” those customers relationships — note that, at launch, the free access to HBO Max is not available to HBO subscribers on third-party providers — and reconfiguring those distribution agreements may not happen in time for the HBO Max launch.

WarnerMedia execs explained HBO Max’s somewhat confusing go-to-market plan in terms of not generating ill-will among customers or partners. For legacy HBO subscribers, “we’re not going to leave them behind,” said Tony Goncalves, CEO of Otter Media, the division of WarnerMedia Entertainment, who is overseeing the launch and distribution of HBO Max. “If a customer is comfortable accessing the content through the HBO Now offer product or HBO Go, we’re going to continue to do it.”

And in the short term, unless they subscribe to AT&T’s DirecTV, Uverse, AT&T TV or AT&T TV Now services, pay-TV subscribers may not have a choice for streaming except HBO Go. AT&T is just beginning to hold conversations with other cable operators (remember, rival satellite provider Dish Network still doesn’t have a renewed carriage deal with HBO) about transitioning their authenticated users from HBO Go to HBO Max. According to CableTV.com, consumers pay between $10 and $19.99 monthly, not including special and promotional deals, which means it could be tricky to transition the industry to a standard $15 price point.

Nonetheless, HBO Max enters the streaming fray with a bit of a head start, thanks to its namesake premium cable channel. HBO had resisted the direct-to-consumer marketplace for years, even as Netflix changed viewer habits in the early 2010s. The network didn’t want to anger its cable and satellite partners, and feared the piracy that came with making its networks available to stream online. (“Game of Thrones” dominated the illegal BitTorrent world, lending credence to those concerns).

One fan launched the site TakeMyMoneyHBO.com to convince the network to launch a direct-to-consumer digital product, even as HBO resisted. But suddenly, perhaps in a bid to maintain relevancy with younger viewers, HBO reversed course and launched its standalone streaming product, HBO Now, in 2015.

HBO, of course, is a brand that has been around since 1972, and all together boasts approximately 34 million subscribers — most of whom still get the channel the old fashioned way, through their cable or satellite provider.

Right now, many HBO viewers still watch the channel’s programming via its linear channels (which usually include multiple time zone feeds of HBO, as well as digital offshoots such as HBO2, HBO Family, HBO Signature, and a suite of Cinemax channels). Those linear feeds, however, aren’t available on HBO Go or HBO Now — and won’t be found on HBO Max either.

For the average consumer, it won’t be clear immediately how all of these products differ (it’s still difficult to tell the difference between “HBO Go” and “HBO Now”).

In naming its direct-to-consumer product “HBO Max,” WarnerMedia wisely borrowed the brand equity of its prestige TV outlet. HBO. But it also potentially limited a new subscriber base for HBO Max. As Variety‘s Dan Holloway pointed out in his coverage of Tuesday’s WarnerMedia presentation, non-HBO subscribers have already decided they don’t need that brand in their life — will the promise of even more content change that? “Paying $14.99 for a new version of something that you previously decided you could live without is a different proposition than paying $6.99 a month for something that never existed before,” he wrote.

Eventually, WarnerMedia will “replatform” HBO Go and HBO Now onto the same technology platform HBO Max, according to Stankey. But for the various technical and business reasons, it can’t do that right now.

WarnerMedia is taking a transitional approach that — it hopes — will ultimately provide an organic migration path of existing HBO customers to the new HBO Max service.

“The intent is, indeed, to get these existing 30-plus million consumers access to HBO Max as quickly as we possibly can,” Goncalves said.