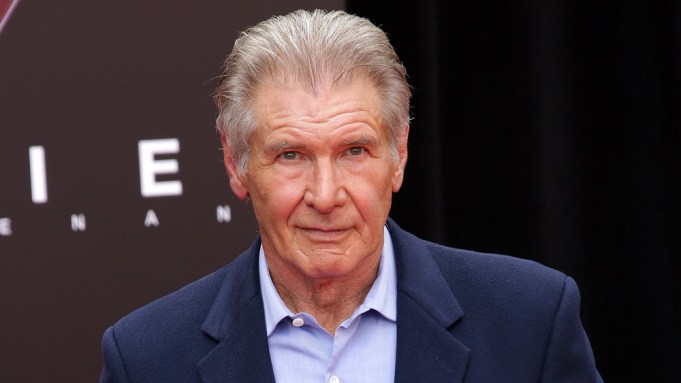 Harrison Ford could soon be taking on the first regular television role of his career.

Variety has learned exclusively from sources that the iconic movie star is attached to star in a series adaptation of “The Staircase,” the docuseries that detailed the trial of American novelist Michael Peterson, who was accused of murdering his wife in 2001. Peterson claimed his wife died after falling down the stairs at their home, but police suspected he bludgeoned her to death and staged the scene to look like an accident.

The project is currently being shopped to networks and streaming services. Ford is attached to executive produce the series in addition to starring. Antonio Campos will write and executive produce, with Annapurna Television producing. The docuseries was originally released in 2004, with creator Jean-Xavier de Lestrade updating with new information years later. Netflix released it as a 13-episode series in 2018.

Reps for Ford and Campos did not immediately respond to Variety’s request for comment. Annapurna declined to comment.

Ford is not entirely new to television, having made appearances on shows such as “The Virginian,” “The F.B.I.,” and “Gunsmoke” early on before taking off on a wildly successful film career. In addition to his starring roles in both the “Star Wars” and “Indiana Jones” franchises, he was nominated for an Academy Award for his lead role in the 1985 film “Witness.” His other major film credits include “The Fugitive,” “Blade Runner” and its recent sequel, “Clear and Present Danger,” “Patriot Games,” “Air Force One,” and “The Mosquito Coast.”

He is repped by UTA and Ziffren Brittenham.

Campos’ previous TV credits include executive producing and directing multiple episodes of the hit USA Network crime anthology series “The Sinner,” including the pilot and Season 2 premiere. He also directed an episode during the first season of the Marvel-Netflix series “The Punisher.” On the feature side, he wrote and directed films such as “Simon Killer” and “Afterschool.” His film “The Devil All the Time,” based on the novel by Donald Ray Pollock, is due out in 2020. The cast includes Robert Pattinson, Tom Holland, and Riley Keough. Campos co-wrote the film with Paulo Campos.

He is repped by Management 360 and Nelson Davis LLP.

Annapurna’s television division recently landed a pilot order at Showtime for the half-hour comedy “Big Deal,” co-created by and starring “SNL” alum Vanessa Bayer. The company is also producing the upcoming Netflix musical drama “Soundtrack,” which is due out in December.