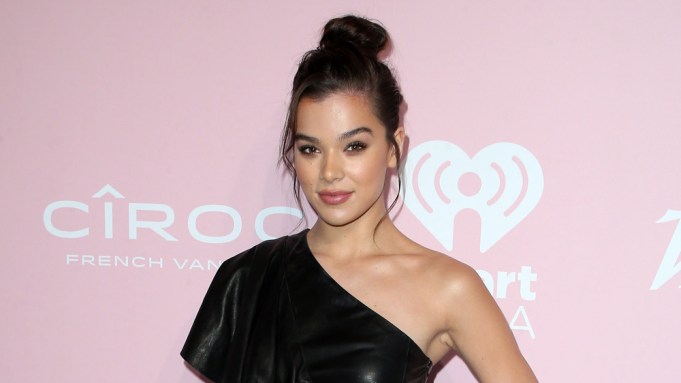 After releasing the first trailer for one of its original shows back in June, and the second for the Jennifer Anniston, Reese Witherspoon and Steve Carrell series “The Morning Show” last week, Apple has dropped another first look at one of its releases.

This time it’s for the comedy series “Dickinson,” which features Hailee Steinfeld playing the renowned poet Emily Dickinson. The teaser sees Steinfeld showing off Dickinson’s wild imagination and party attitude, much to her parents’ disapproval.

“I have one purpose and that is to become a great writer,” says Dickinson as she lets her hair down and set her eyes on another young lady.

The brief clip also shows some of the fantastical elements which the series will include, most of which seem to be taking place in Dickinson’s head.

“She’s wild, she’ll be the ruin of this family, and she doesn’t know how to behave like a proper lady,” bemoans Dickinson’s mother played by Jane Krakowski.

According to Apple, the show explores the constraints of society, gender and family from the perspective of rebellious young poet. Set in the 19th century, “Dickinson” is a coming-of-age story that finds Emily Dickinson to be an unexpected hero for our millennial era. The series also stars Toby Huss, Anna Baryshnikov, Ella Hunt and Adrian Blake Enscoe.

Apple originally ordered the project to series back in May, 2018. Alena Smith serves as writer and executive producer, with David Gordon Green attached to direct and executive produce. Anonymous Content’s Alex Goldstone will executive produce along with Michael Sugar and Ashley Zalta via Sugar23 Productions and Darlene Hunt. The series is produced by Paul Lee’s wiip, Anonymous Content, and Sugar23. Smith was previously a writer and co-producer on Showtime’s “The Affair,” and was also a writer on the acclaimed HBO series “The Newsroom.”

The series will debut on the tech giant’s forthcoming streaming platform Apple TV Plus in the fall.