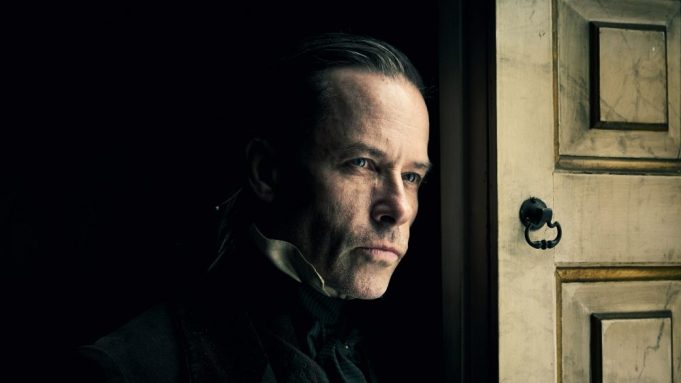 “Tonight you will not sleep,” the Ghost of Christmas Past, played by Andy Serkis, tells Guy Pearce’s Ebeneezer Scrooge in the first trailer for the BBC and FX’s upcoming adaptation of “A Christmas Carol.” “Come and look upon the evil that you did.”

Scenes of the effects of Scrooge’s misdeeds play out. “What do you want?” he asks Serkis’ character. “To inspect your heart and soul,” comes the reply.

In another scene, the miserly Scrooge is warned: “Justice will grab you by the throat and drag you to the truth.”

“Peaky Blinders” creator Steven Knight has adapted the Charles Dickens classic, which will play on the BBC in the U.K. and FX in the U.S. FX Productions, Scott Free, Hardy Son & Baker are making the three-part special. Ridley Scott and Tom Hardy are among the exec producers.

Pearce and Serkis are joined by Stephen Graham (“The Irishman”) as Jacob Marley, Charlotte Riley (“Peaky Blinders”) as Lottie, and Joe Alwyn (“The Favourite”) as Bob Cratchit. Vinette Robinson (“Doctor Who”), Jason Flemyng (“Save Me”), Kayvan Novak (“What We Do in the Shadows”) and Lenny Rush (“Old Boys”) are also in the ensemble cast.

“This production of ‘A Christmas Carol’ will respectfully present what we believe to be a timely interpretation of a timeless story,” Knight said of the show.