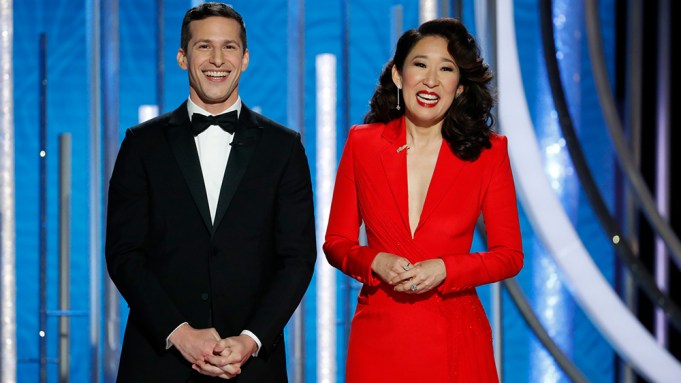 The 2019 Golden Globes managed a small lift in the Nielsen ratings compared to last year’s telecast.

The telecast also drew a 12.7 rating in metered market households, down just under five percent from the 13.3 the 2018 telecast drew.

The household rating decline came in spite of the fact that the nail-biter NFL matchup between the Philadelphia Eagles and the Chicago Bears led into awards telecast on NBC. The game averaged a 22.9 household rating, peaking at a 27.6 in the fifteen minutes immediately preceding the Golden Globes.

Despite the decline, the Golden Globes and NFL coverage dominated Sunday night by a substantial margin.

And although the Golden Globes did not see substantial improvement over last year, the fact the ratings were up at all is reason to celebrate. Awards show and live events have suffered noticeable audience erosion in recent years. Shows like the Oscars and the Emmys saw significant drop offs in their television audience this year, with the Emmys hitting an all-time viewership low back in September on NBC.