‘GLOW’ Renewed for Fourth and Final Season at Netflix 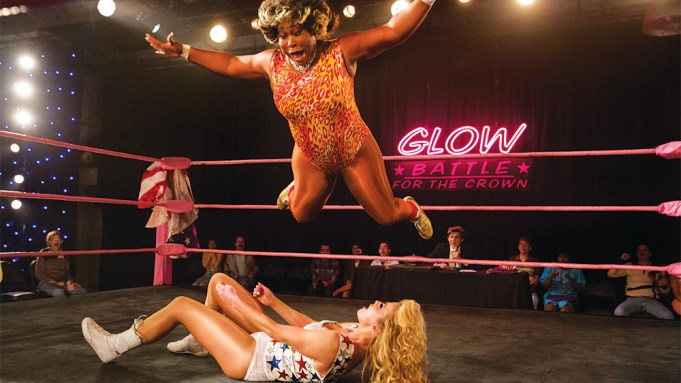 The final bell is ringing for “GLOW.” The Netflix series has been renewed for Season 4, which will also be the show’s last.

“GLOW” is inspired by the short-lived 1980s wrestling TV show of the same name, which stood for “Gorgeous Ladies of Wrestling.” It follows the fictional story of Ruth Wilder (Brie), an out-of-work, struggling actress in Los Angeles who finds one last chance for stardom when she’s thrust into world of women’s wrestling. In addition to working with 12 Hollywood misfits, Ruth also has to compete with Debbie Eagan (Gilpin), Ruth’s best friend and a former soap actress who left the business to have a baby, only to be sucked back into work when her picture perfect life is not what it seems. And at the wheel is Sam Sylvia (Maron), a washed-up, B-movie director who now must lead this group of women on the journey to wrestling stardom.

Season 3, which debuted in August, saw the “GLOW” team relocate to Las Vegas to perform in their own nightly show. Geena Davis was among those to guest star in the season.

“GLOW” has been nominated for 15 Emmy Awards throughout its run, having won three. It most recently picked up the Emmy for stunt coordination in a comedy or variety show at the Creative Arts Emmys last weekend, while Gilpin is up for the best actress in a comedy series award at this Sunday’s ceremony.