What to Know Before the Final Season of ‘Game of Thrones’ 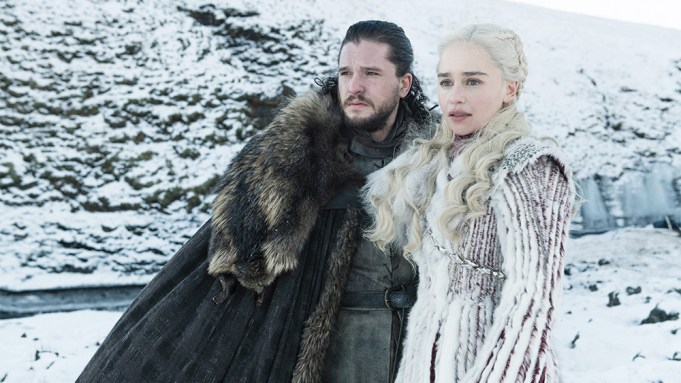 Who will sit on the Iron Throne? Is Daenerys pregnant? Will Arya cross names off her kill list? “Game of Thrones” will answer these questions and tie up loose ends as the series’ final episodes wrap up the nearly eight-year story. Find out everything you need to know ahead of the final premiere below.

When are the episodes?

Last month, HBO confirmed the dates and run times of the final six episodes, but conveniently left out the titles. Most of the episodes will be longer than one hour, a milestone typically held by the most epic episodes and season finales. At 82 minutes, the third episode of season 8 will be the series’ longest ever. Take it from former HBO CEO Richard Plepler, “They’re like six movies.”

As shown in several trailers and some early images, the series has saved some of the biggest reunions and battles for the final season. Jon Snow and Daenerys Targaryen (the lovers, but also nephew and aunt, as Bran Stark revealed) appear to return to Winterfell to fight the Night King’s army of white walkers marching south from beyond the now-destroyed Wall. Along with a shaky alliance with Cersei Lannister and her forces at King’s Landing, Daenerys will use her two remaining dragons and army of Unsullied soldiers and Dothraki warriors to attempt to defeat the undead. Jon will finally reunite with Bran and Arya Stark in Winterfell for the first time since Season 1, and Tyrion Lannister and Sansa Stark should also come face-to-face for the first time since they both escaped from King’s Landing.

One episode this season will feature the longest battle sequence ever filmed, beating the 40-minute siege of Helm’s Deep in “Lord of the Rings: The Two Towers.” Fans assume the record-breaker will be the Battle of Winterfell, and shooting the episode took 11 weeks and more than 750 cast and crew members. Co-creators Dan Benioff and D.B. Weiss wrote the episode, and Miguel Sapochnik, the mastermind behind “Battle of the Bastards” and “Hardhome,” directed it.

Composer Ramin Djawadi told Variety the show’s score “definitely gets intense and more epic than ever” and “this season will have new material that we haven’t heard before, but lots of the existing themes will also return.” Djawadi, who has composed all 67 episodes, revealed he came up with the iconic title sequence melody while driving home from his initial screening of the show. This season will have the biggest musical ensemble yet: a 60-piece orchestra, 40-voice mixed chorus and 12-voice children’s choir.

Is this the end of “Game of Thrones”?

All men must die, but the “Game of Thrones” franchise will not. HBO has already ordered a prequel series set thousands of years before the main storyline to explore the origins of the white walkers, the mysteries of Essos and the Stark family. Headlined by Naomi Watts, the cast also includes Josh Whitehouse, Miranda Richardson, Naomi Ackle, Denise Gough, Jamie Campbell Bower and Sheila Atim. Jane Goldman will serve as showrunner and co-created the series with “A Song of Ice and Fire” author George R.R. Martin, and SJ Clarkson will direct the pilot and executive produce.

Four other prequel series are in various stages of development. To see what they probably won’t look like, you can watch the SNL sketch from Kit Harington’s episode.

HBO will give a behind-the-scenes look at the making of the final season with “Game of Thrones: The Last Watch,” a two-hour feature documentary premiering on May 26, a week after the finale.

Kit Harington revealed in the Variety cover story that he had to go to therapy while filming the show to deal with the worldwide fame. He also married his former on-air love interest Rose Leslie, who played Ygritte, and Sophie Turner married Joe Jonas of House Jonas Brothers.

HBO’s EVP and head of marketing Chris Spadaccini said the company wasn’t too thrilled when President Donald Trump revealed a poster saying “Sanctions are Coming.” “We didn’t want to pick a fight with the president,” he said at Variety’s Entertainment Marketing Summit, but the “Thrones” Twitter accounted subtweeted with, “How do you say trademark misuse in Dothraki?”

In some approved brand extensions, Anheuser-Busch partnered with the fantasy series in a Super Bowl ad featuring the Bud Knight and some familiar dragons. MGM Resorts in Las Vegas also teamed up to use the show’s soundtrack and visuals in a “visual symphony” in the iconic Fountains of Bellagio. Columbia Records will release an album, titled “For the Throne,” a collection of music inspired by the show, featuring The Weeknd, Travis Scott, Mumford & Sons, Ty Dolla Sign, Ellie Goulding, Chloe x Halle, SZA, Maren Morris, the Lumineers, the late Lil Peep and others.