‘Game of Thrones’ Showrunners Will No Longer Attend Comic-Con Panel 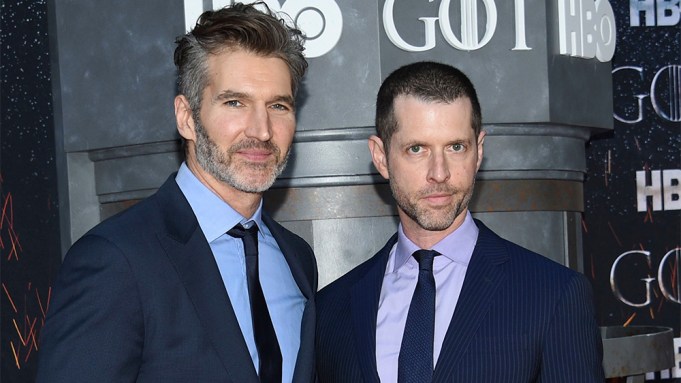 “Game of Thrones” showrunners David Benioff and D.B. Weiss, along with some beloved “Thrones” actors, have canceled their scheduled appearances at San Diego International Comic-Con.

The premium cable network attributes their absences to production and schedule conflicts. HBO had no further comment.

The event would have been the first public appearance by the showrunners since the series finale in May.

For its eighth and final season, “Game of Thrones” received a record-breaking 32 Emmy nominations on Tuesday, not exactly reflecting critics’ and fans’ reaction to the season. Benioff and Weiss both received nominations for writing “The Iron Throne” (the series finale), and Sapochnik earned a nomination for his direction on “The Long Night,” which portrayed the battle at Winterfell.

The “Game of Thrones” Comic-Con panel is on Friday at 5 p.m. PT.