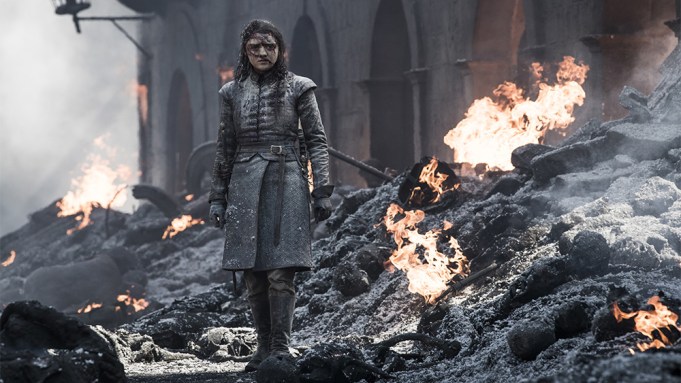 SPOILER ALERT: Do not read on unless you’ve seen Episode 5 of Season 8 of “Game of Thrones,” which aired Sunday May 12.

Well, that happened. Now — onto the next!

HBO dropped the trailer for the final episode of season 8 — also the series finale — at the end of Sunday’s penultimate episode, titled “The Bells.”

In what is possibly the shortest preview so far, Tyrion walks through a ruined King’s Landing while fires smolder nearby and ash falls like snow. Arya approaches a crowd of soldiers who appear to be gathered around something, a group of Dothraki raise their scimitars and whoop in approval, and Daenerys looks over what’s left of her new kingdom with the Unsullied arrayed before her.

Notably, those who remained in the North were absent from the trailer. But, with so many King’s Landing players out for the count — and it being the last episode ever — Sansa and Bran are sure to make a reappearance.

Episode 4 saw the fulfillment of the mad queen plotline that some fans hoped wouldn’t be put into play, but alas. After the Lannister army surrendered, Daenerys burnt King’s Landing and likely the vast majority of its innocent inhabitants to bits. Now, the remaining players are left to determine who will sit on the Iron Throne.