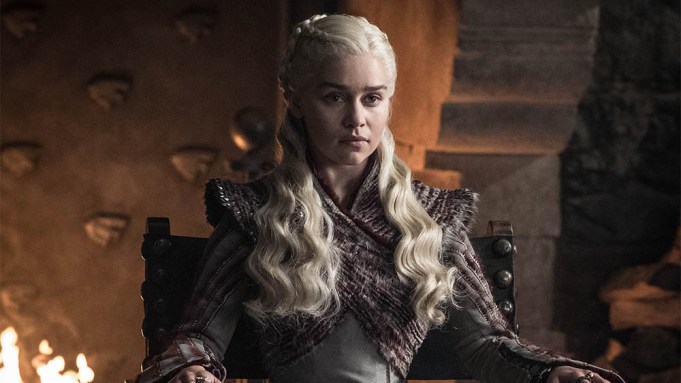 The Internet is in a bit of a whirl after the highly anticipated final season premiere of “Game of Thrones” reportedly aired several hours early on DirecTV.

According to posts on Twitter, the first episode of season 8 became available to stream some four hours ahead of schedule — it was due to land on HBO at 9 p.m. ET Sunday, but became posted on the streaming service at around 5 p.m. ET. DirecTV Now is owned by AT&T and includes HBO channels at a premium rate.

“Apparently our system was as excited as we are for ‘Game of Thrones’ tonight and gave a few DirecTV Now customers early access to the episode by mistake,” an AT&T spokeperson said. “When we became aware of the error, we immediately fixed it and we look forward to tuning in this evening.”

According to Insider, DirecTV Now subscribers received a push alert around 5 p.m. that the first episode was available and were able to play and watch the entire episode, which clocks in at an hour and five minutes.

DirecTV isn’t the only service to have a bit of a snafu surrounding the “Game of Thrones” premiere. Dish has directed its subscribers to purchase HBO Now separately from their Dish subscription in order to watch the premiere as the two companies negotiate a terse carriage dispute.

“Even though HBO is not available on Dish, you can still watch their content with the HBO NOW app,” a tutorial video explains on Dish’s website. “It only takes a few minutes. Click, start your free trial, then just follow the on-screen instructions. Now, you’re ready to start watching HBO shows and movies, including ‘Game of Thrones,’ when you want, where you want.”

So this is season 8. I think @directvnow screwed up. But I get to watch @GameOfThrones 3 hours early. pic.twitter.com/j13hJL1its

It absolutely is streaming early on DirecTV Now. pic.twitter.com/ETxPqXvHXp

So PSA. Tonight's #GamesOfThrones premiere dropped hours and hours early on Direct TV so BE CAREFUL ONLINE FOR TWITTER IS DARK AND FULL OF SPOILERS.