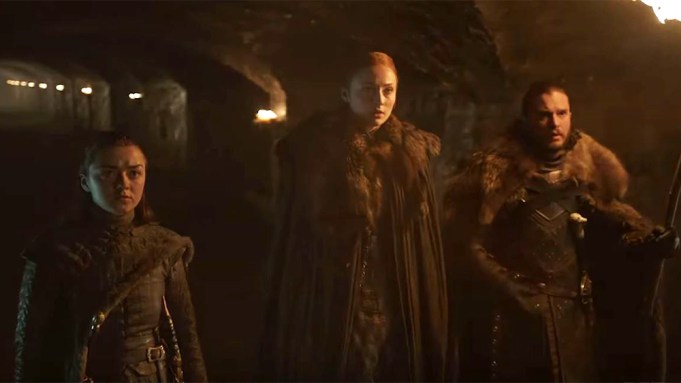 The final season of “Game of Thrones” finally has a premiere date.

HBO announced that the megahit series will debut its eighth and final season on April 14. The announcement was made in a video released just ahead of the “True Detective” Season 3 premiere on Sunday.

The teaser depicts the underground crypt of Winterfell, with Sansa Stark, Arya Stark and Jon Snow facing their own statues as a frost approaches through the tunnels.

Little is known about the last season of “Game of Thrones” beyond that it will consist of six episodes. And although the flagship series is ending, HBO has multiple projects set in the “Game of Thrones” universe currently in development. The premium cabler has already ordered the project written by Jane Goldman to pilot.

The Goldman pilot also recently announced its main cast, which will be led by Naomi Watts. Other cast members include Josh Whitehouse, Naomi Ackie, and Jamie Campbell Bower. SJ Clarkson will direct.

Watch the latest teaser above.