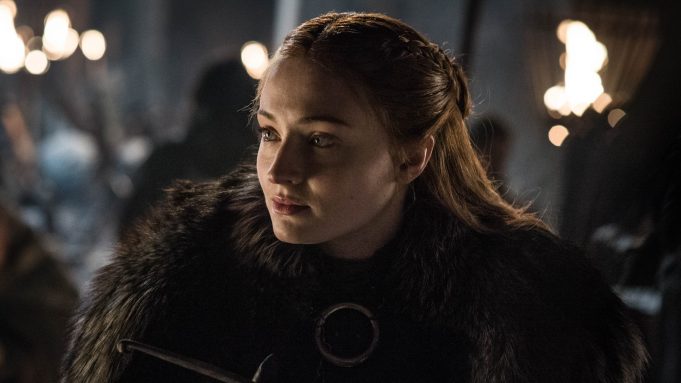 Spoiler alert: Do not keep reading if you have not seen the Season 8 premiere of “Game of Thrones,” titled “Winterfell”

In between all the requisite hand-wringing over royal allegiances and ice zombie invasions, the eighth and final season premiere of “Game of Thrones” unfurled reunion after teary reunion, topped with the long-awaited moment of Jon Snow learning his true parentage. “Winterfell” even made time for an extended dragon ride through snowy cliffs, whose only real purposes seemed to be romantic glances and showing off the might of the show’s colossal budget. But not even Bran’s stare full of secrets could beat the episode’s most satisfying emotional payoff of all: the explicit acknowledgment that Sansa Stark is one of Westeros’ most impressive politicians and survivors, period.

An unfortunate, time-honored truism is that no character can ignite a fandom’s ugliest instincts more than a flawed teen girl doing her best, and so Sansa has been a controversial character since the very start. She started her journey as a naive teen girl nursing a terrible crush on an even more terrible boy, and paid dearly for it. Her initial insistence on championing Joffrey alienated her from her family and the show’s audience alike, even when her betrothed rewarded that faith by leaving her sobbing, brokenhearted, mere feet away from her beheaded father.

It’s tempting to say that Sansa started learning how to navigate court politics from this moment on, but looking back, that’s not strictly true. In fact, she did so the minute she saw the writing on the wall for her father. Sansa’s measured pleading for his life as the king’s future wife and the court’s best ambassador for the North, in full view of the Iron Throne’s innermost circle, was her playing the best card she had. Were Joffrey a more strategic king rather than an aspiring tyrant, he would have taken her up on it.

In any case, Sansa’s journey — not to mention Sophie Turner’s performance — quietly became one of the show’s most dynamic after she became Joffrey’s fiancée slash hostage. That might not have been immediately obvious given how much splashier her siblings’ storylines were. Her sister was becoming a warrior; her brothers were becoming generals and…well, whatever the Three-Eyed Raven is. But Sansa, dropped straight into the viper’s nest of King’s Landing, had to fight for her survival through a polite smile stifling a scream. She had to hide her true allegiances, shapeshift to please people without crossing too many wires, and prove her worth every minute of every day to convince leering enemies they wouldn’t rather see her dead. While adversaries like Cersei, Ramsay Bolton, and even Petyr “Littlefinger” Baelish wrote her off as the silly teen that came to King’s Landing with stars in her eyes, Sansa withstood horrific abuse and learned how to evade their most nefarious plans by reflecting what they wanted to see, all while strengthening her own resolve to beat them when the time came. She came, she saw — and eventually, finally, she conquered.

So when Tyrion Lannister, who married Sansa once Joffrey cast her off, reunites with her in “Winterfell” and declares that “many underestimate [her] — most of them are dead now,” it’s a bigger fist-pumping moment than any dragon joyride could be. Even if it’s not exactly a subtle declaration, it’s a long overdue recognition from both Tyrion and the show itself, which has put Sansa through hell without granting her the moments of triumph so many other beleaguered characters have occasionally enjoyed.

What’s more, having Tyrion be the one to say it is a sign of how true it is — even if Sansa ends their interaction by undercutting his vaunted intelligence with a devastating, “I used to think you were the cleverest man in the world.” Tyrion’s signature characteristic is the ability to talk an extraordinary talk, and has therefore long been the show’s most trusted mouthpiece. Sansa, by contrast, has ascended to where she is largely because of what she didn’t say; she’s learned how to harness the power of listening and lying in wait more than anyone. And in dismissing Tyrion’s latest strategic move, Sansa both asserts her ability to see the forest for the trees when he can’t and firmly establishes herself as the power player no one, least of all the Lannisters, thought she could be.

“Winterfell” doubles down on this idea when Jon tries to bond with his favorite sister Arya by rolling his eyes at Sansa, and is instead shocked when she shoots it down by saying “Sansa’s the smartest person I’ve ever met” like it’s the most obvious thing in the world. Again, this isn’t subtle, nor is it particularly believable considering that Arya and Sansa’s apparently rock solid reunion happened offscreen in order to preserve a fateful twist for Littlefinger last season. But it is at least the show making plain that it now, finally, understands just how impressive Sansa’s rise from imprisoned teen to the Lady of Winterfell truly is.