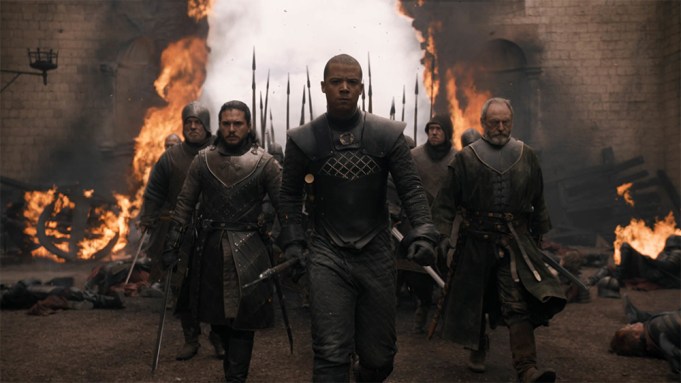 The penultimate episode of “Game of Thrones,” titled “The Bells,” has posted the highest ratings in series history.

The episode was watched by 12.48 million viewers during its initial broadcast, which handily trumps the previous record of 12.07 million, held by the season 7 finale. Given the colossal numbers put up by “The Bells,” an episode which divided opinion among fans and critics, one would expect that the series finale of the HBO behemoth will steal the viewership crown.

In terms of multi-platform viewership, HBO has revealed that Sunday’s episode garnered 18.4 million viewers across all of the cabler’s platforms (linear, HBO GO and HBO NOW), making it the most-watched “Thrones” episode by that metric as well. The figure it had to beat was 17.8 million viewers, which was posted by episode three, “The Long Night.” Prior to that, the previous gross audience high was 17.4 million viewers for the premiere episode of season 8, titled “Winterfell,” which has since surpassed 38 million viewers, according to HBO.

In terms of the final season to-date, the Battle of Winterfell which took up the entirety of “The Long Night” is in second place in initial viewership with 12.02 million, followed by the premiere and episode four, which were tied at 11.8 million total viewers.