‘Game of Thrones’: The Most Surprising Moments of the Season 8 Premiere 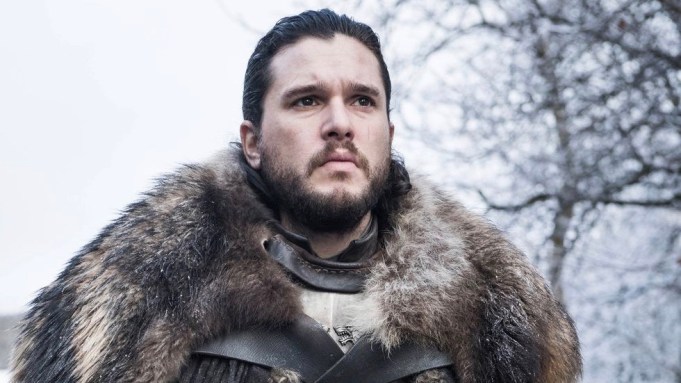 You can’t spell “Game of Thrones” without the letters O-M-G.

HBO’s beloved series, which returned Sunday night for its eighth and final season (in case you hadn’t heard), has produced some of TV’s most shocking moments ever, from the infamous Red Wedding scene to Cersei blowing up the Sept Of Baelor to Jon Snow’s death to.. well, you get the point.

SPOILER ALERT: Do not read if you have not watched the Season 8 premiere of “Game of Thrones.”

While it didn’t feature any major character deaths — at least not on the surface — the first episode of season eight, titled “Winterfell,” had plenty of twists and turns.

Here were the biggest surprises:

Jon Snow learns his true identity: By way of his loyal friend, Sam Tarly, Jon Snow learns what viewers found out in the seventh season finale: that he is not the “bastard” son of Ned Stark after all, but Aegon Targaryen, the son of Lyanna Stark and Rhaegar Targaryen, which makes him the true king of the Iron Throne — and the nephew of Queen Daenerys Targaryen, his current lover.

The many, many reunions: Two of the show’s most popular characters, Jon Snow and Arya Stark, finally reunited after epic journeys back to Winterfell. Also reunited in the 68-minute episode were Snow and Sam (we’ll get back to that in a minute), Sansa Stark and brief hubby Tyrion Lannister — who hadn’t seen each other since Joffrey’s death, and Sansa and Snow, who had a quick exchange on loyalty to the North vs. Snow’s love for Daenerys. Meanwhile, Theon Greyjoy broke his prisoner sister Yara out of Euron’s jail, and the Hound came face-to-face with Arya, the “bitch” who tried to kill him (even though deep down he loved being her protector). And last but certainly not least…

Jaime Lannister and Bran Stark meet again: The harrowing final scene of the Season 8 premiere saw Jaime Lannister stopping dead in his tracks after seeing Bran Stark, the new Three-Eyed Raven. The last time they locked eyes, Jaime pushed Bran out of a castle window and paralyzed him after the boy witnessed Jamie and his sister, Cersei, making forbidden love in the very first episode, which became the catalyst for the whole series.

The boy on the wall: The most blood-curdling moment of “Winterfell” came when Tormund Giantsbane and men of the Night’s Watch stumbled upon the corpse of young Lord Umber, nailed to a wall surrounded by a spiral of severed limbs, presumably by the Night King. And that wasn’t even the scariest part. As Tormund and Beric Dondarrion turned to exit, Lord Umber suddenly let out a devilish scream from the wall, leading Beric to use his flaming White Walker sword on the poor lad.

Sam learns of his family’s demise: After asking Daenerys to pardon him for stealing “a few books” from the Citadel that contained Snow’s true parentage (she doesn’t know this part), Sam Tarly gets a bombshell of his own: Daenerys tells him that she ordered the death of his father and brothers for refusing to leave their land. While Sam openly hated his father, who had sent him away to the Night’s Watch, the fiery death of his brothers leaves Sam in tears and quasi-vindictive. The Taryly death notice may have also played a big role in Sams’ willingness to tell Jon Snow about his real father, while Snow prayed at the tomb of Ned Stark, in what should lead to political tension in Winterfell between Snow and Daenerys.