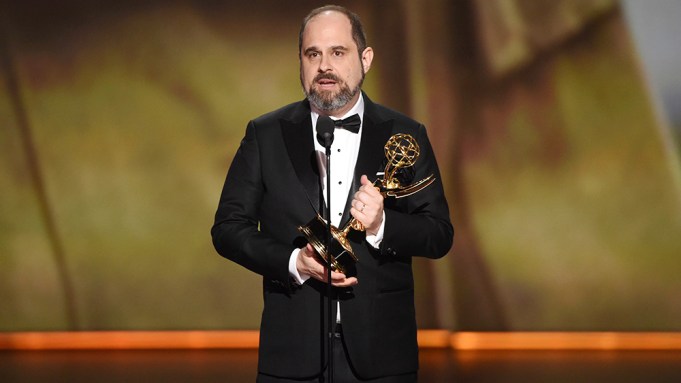 “Chernobyl” writer and executive producer Craig Mazin is among a select group of people in Hollywood who have seen the original pilot for HBO’s “Game of Thrones.”

Backstage at the Emmy Awards on Sunday, as Mazin clutched statues for writing and limited series, he recalled the comments he gave to longtime friends and “Thrones” creators David Benioff and D.B. Weiss after viewing the pilot, which was shot in 2009.

“They had a massive problem, (and) they fixed it,” Mazin said, disputing a reporter’s suggestion that he had called it “a piece of s—.”

Mazin then remembered seeing the revised pilot with extensive reshoots sometime later and being blown away.

“It was one of the most amazing moments of my life, just watching something that I thought was irreparably damaged and then (eventually) seeing the new episode,” he said, adding that the second pilot was “mind-blowingly good. It’s the most remarkable turnaround in Hollywood history. It became, rightfully so, a legend of television.”

Mazin added that his initial critique never hurt his friendship with Benioff and Weiss. “I was lucky enough to be friends with them before ‘Game of Thrones’ and to be friends after ‘Game of Thrones.’ ” He also noted that “Thrones” exec producer Carolyn Strauss helped him shepherd “Chernobyl” as well.

Mazin has been vocal about another high-profile industry issue — the WGA’s ongoing impasse with Hollywood’s top talent agencies. He had been a candidate for a WGA West board seat on a slate challenging the current guild regime, but he had to withdraw for personal reasons. He was asked backstage if he had any suggestions for David Goodman, who was re-elected as WGA West president in a contentious election.

“Listen to all the members, do the best you can do and see if you can’t patch this whole thing up,” Mazin said.

“Chernobyl” was an underdog going into this year’s Emmy race, as it went up against limited series with stronger advance buzz and bigger stars. But even with the Emmy win, Mazin has no intention of revisiting the story of nuclear devastation in the Ukraine.

“We told a story of a place in time, and we did it pretty darn well,” he said. “It’s time to start thinking about other places and other times. Whenever we look at fiction that is based on history, we look for things that are relevant to who we are now and what we are facing. The trick is finding interesting history that is repeating itself in different ways.”

Mazin wouldn’t share details on his next project, other than to promise that he’s pursuing “some cool stuff.”