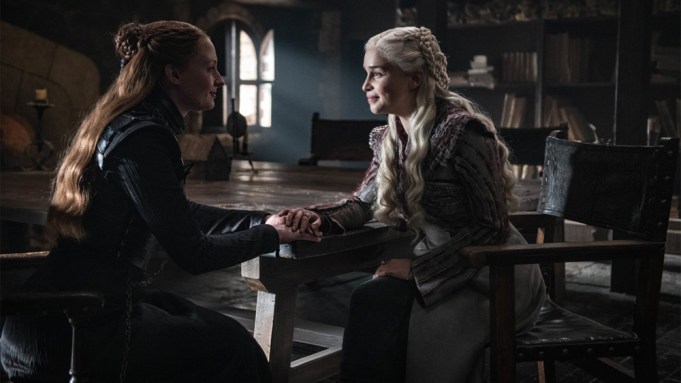 Avid “Game of Thrones” fans may be able to glean some insight into the third episode of season 8 before it even airs.

Photos from the third episode of the final season of “Game of Thrones” have begun to hit the Internet ahead of the episode’s Sunday night premiere. Rest easy, however, as this post will not include any details from said images.

Tweets from unverified accounts show images alongside hashtags attributing the photos to the upcoming episode, which premieres at 9 p.m. ET on HBO.

With several hours left until episode three hits HBO, those wanting to remain spoiler-free may want to abstain from social media usage.

The third episode of “Game of Thrones” will mark the Battle of Winterfell, which is being touted as the largest battle in “Game of Thrones” history. The battle took 55 days to shoot, along with a massive production including 600 crew members, 500 extras, 70 horses and 65 stuntmen. Who will live and who will die?