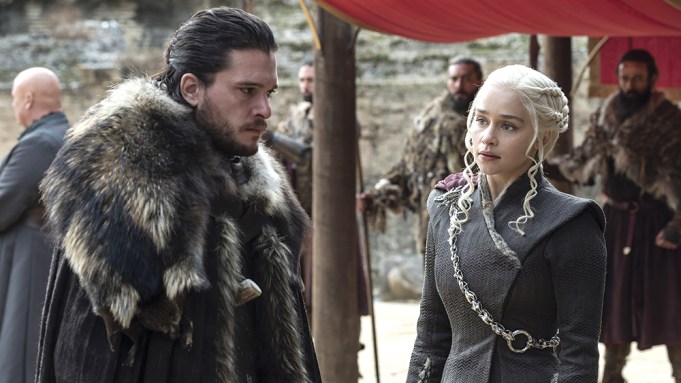 Macall B. Polay/Courtesy of HBO

Winter has definitely come, and it looks icy.

HBO has released the first trailer for the eighth and final season of “Game of Thrones,” teasing the epic final battle every fan of the show has been waiting for.

The new footage opens with Arya Stark (Maisie Williams) running for her life. “I know death, he’s got many faces. I look forward to seeing this one,” she says, menacingly.

The clip shows armies preparing for battle and Sansa Stark (Sophie Turner) staring in wonderment as dragons soar above her.

The trailer also teases that the Lannisters might be considering abandoning their scheming ways and joining the fray.

“I promised to fight for the living,” says Jaime Lannister (Nikolaj Coster-Waldau). “And I intend to keep that promise.”

Directed by Miguel Sapochnik, David Nutter and creators David Benioff and D.B. Weiss, the final season is comprised of only six, longer episodes instead of the traditional eight. Former HBO chief Richard Plepler, who announced he was stepping down last week amid the fallout from the AT&T-Time Warner merger, said that the final season will present like “six movies” rather than six episodes of television. To offset the shorter season, each installment will run 90 minutes instead of the usual 60.

HBO previously released an official teaser teaser for the finale, which depicted the underground crypt of Winterfell, with Sansa Stark, Arya Stark, and Jon Snow facing their own statues as a frost approaches through the tunnels.

The final series of “Game of Thrones” debuts April 14.