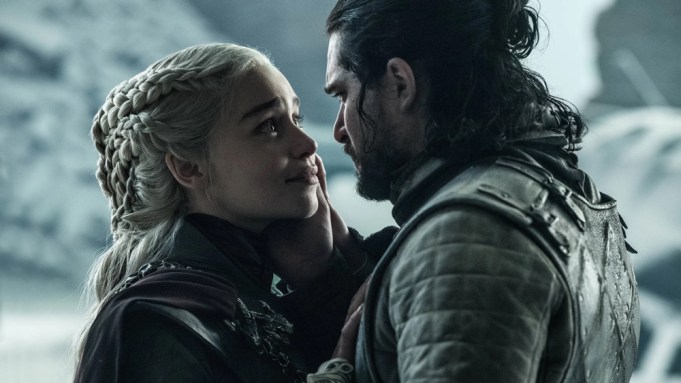 “Game of Thrones” is going out with a bang.

For its final run, the HBO fantasy epic scored 32 nominations for the Emmy Awards Tuesday morning, the most for any program in a single season. That record was previously held by “NYPD Blue,” which scored 26 nominations in 1994.

Over its full eight seasons, “Game of Thrones” has nabbed 161 nominations overall.

The only “Game of Thrones” actor to actually win an Emmy for the HBO series is Dinklage, who has won three trophies in the supporting actor category for his role as Tyrion Lannister. He’s been nominated for every season, however, raking up eight nominations for the role overall.