‘Game of Thrones’: Most Shocking Moments From the Battle of Winterfell 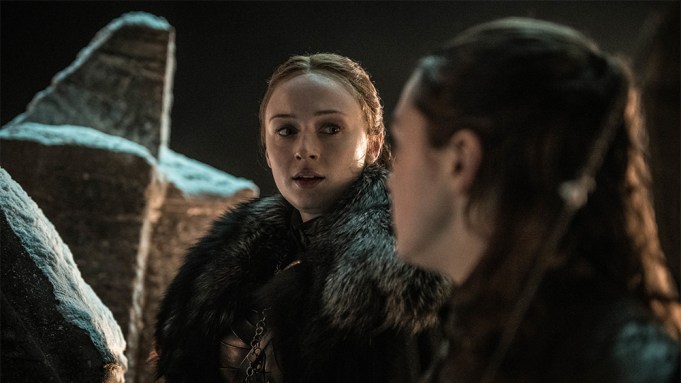 After just under an hour and a half of sheer terror, “Game of Thrones” fans have been left with virtually no nails and only three episodes of the show to go.

Here are the most shocking moments from the battle of Winterfell.

The question of who, if anybody, would deal the final blow to the seemingly invincible Night King was one “Game of Thrones” fans had been debating since the show began. Would it be Jon? Daenerys? Well, in the most shocking moment of the episode and arguably the entire series, Arya came flying out of nowhere to stab the Night King in the chest as he was about to strike down Bran, causing him and his entire army to melt into nothing. Her timing couldn’t have been more impeccable.

Lyanna Mormont may be small, but in episode 3 she proved she was just as mighty as anyone on the show. In one of many deeply tragic and heroic moments from the episode, the little Lady slew a giant with a dagger to the eye, but only after the massive beast had mortally crushed her.

In a deeply creepy sequence, Arya fled into the Winterfell library and stumbled upon several meandering wights. As she crept noiselessly around the stacks, avoiding the creatures, the audience was left to hold its breath in terror that she would be discovered. Fortunately, she managed to escape, only to be followed through the corridors of Winterfell in a terrifying chase.

In last week’s episode the characters asked, “Could dragon fire kill the Night King?” Answer: definitely not. Daenerys tested the theory after the Night King fell off his dragon, only for the evil leader to emerge not only without a scratch, but with a cheeky grin.

The army of the dead’s initial impact

After the Dothraki’s charge at the army of the dead didn’t go quite to plan, the audience was left to wait for what felt like an hour to discover what confronted the living. As the Unsullied braced for impact, a literal wave of the dead soldiers engulfed seemingly hundreds of soldiers in a matter of seconds, filling the characters and the audience with a terrifying hopelessness.

After “Game of Thrones” viewers were treated to some heart-melting Stark family reunions in the first two episodes of season 8, the third episode provided a horrifying family get-together, as the Night King raised the Stark ancestors from their graves and had them attack the men, women and children hiding in the crypt. Turns out a few hundred years in a crypt didn’t do those Starks any favors. Don’t worry, though — Catelyn and Ned didn’t make any appearances.

After fighting off countless wights and defending Bran at all costs, Theon perished in one final dramatic charge at the Night King. His ultimate, heroic sacrifice felt like an appropriate end for a character who has been there since the beginning and has suffered his fair share of un-heroic moments.

Jorah dying for his Queen

In the episode’s dramatic climax, Daenerys and Jorah stood fighting side by side. He had promised to give his life for his queen, and sure enough, that’s what it came to. Daenerys collpasing to her knees, screaming as she holds Jorah’s limp body in her hands is one of the lasting images of the episode. He survived dragon scale, but the amy of the dead turned out to be a stop too far for Sir Jorah.