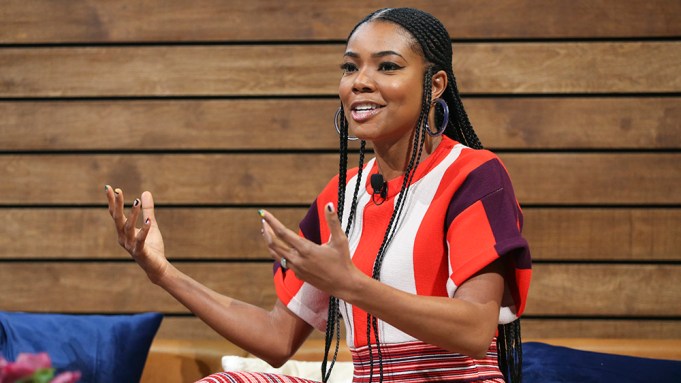 When New York & Company approached Gabrielle Union to be their new brand ambassador and the face of her own clothing line, the actress reacted with “disbelief.”

“We are not supposed to be getting those offers, I’m not supposed to be having a career resurgence, my value isn’t supposed to be this high,” Union explained during her keynote conversation at the Variety Entertainment Marketing Summit presented by Deloitte at the NeueHouse in Hollywood. “I had to re-imagine my own self worth to step into this partnership with my full power and create the brand partnership of my dreams.”

Union, who has proven she can wear a multitude of hats as a producer, best-selling author, and judge on “America’s Got Talent,” said that she was shocked that a company were actively courting a “black woman from Omaha, Nebraska, who has fallen down and failed miserably very publicly,” as the face of their products. For much of her career, Union said she has been representing companies whose “business model was exclusion” and who had “no interest in real diversity or inclusion in their marketing plan.”

However, now that she has been given the chance to design her own clothes and promote them, Union said she is “100% confident” in her ability to bring value to the brand and to promote diversity, when so many companies are using it merely as a buzzword.

“I had just finished my book, and I was in that space of I’m tired of wearing this mask, I’m tired of being a dancing clown for a check, I’m tired of having to represent a company that doesn’t actually value me or anyone who looks like me,” Union said. “I was just interested in telling the truth.”

Union pointed to social media as a means of reaching a more diverse audience and taking in more wide-reaching feedback on her brands and her ideas.

“It’s been an amazing tool for me, I can take all of our feedback and listen,” Union said. “We’re very humble in that way, we don’t think we know our customer, I’m getting to know the customer, they change, and if we want to grow our consumer base, we have to take in a lot of the information coming from the comments section.”

Union also talked about applying her philosophy of embracing all kinds of consumers to her entertainment projects as well.

Next up for her on the TV front is “L.A.’s Finest,” a Charter Communications and Sony Pictures TV co-production which she pitched and is executive producing, and which is due to drop on the new Spectrum channel on May 13.

The show is based on the “Bad Boys” series of films, with Union reprising the role of Detective Sydney “Syd” Burnett. She will star opposite Jessica Alba, who plays Syd’s new partner, Nancy McKenna.

Executive produced by Jerry Bruckheimer, “L.A.’s Finest” was ordered to series after its previous NBC drama pilot and represents the first series to be greenlit by Charter.