Gabrielle Union: ‘Don’t Be the Happy Negro That Does the Bidding of the Status Quo’ 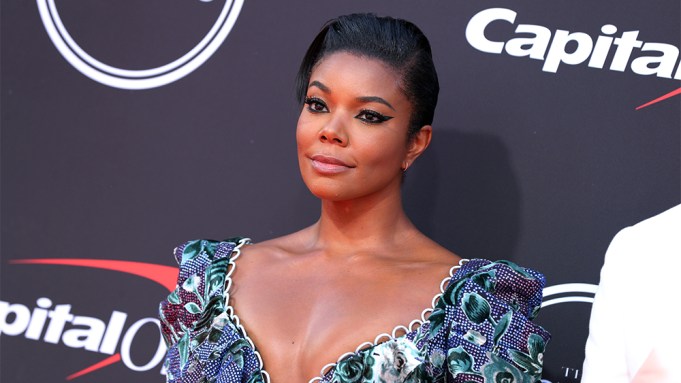 Speaking on a female empowerment and inclusivity panel at the launch of her holiday collection with New York & Company, Gabrielle Union alluded to her firing from “America’s Got Talent.” While she did not specifically call out the NBC series, Union’s comments marked the first time since her departure from the show that she addressed workplace inequalities in a public forum.

Giving advice on being a leader in the workplace, Union said, “Don’t be the happy negro that does the bidding of the status quo because you’re afraid. Don’t allow them to call you angry when someone else is called passionate. It’s terrifying. There’s a solid chance you’ll lose your job … I speak from experience,” she quipped, though never mentioning “America’s Got Talent.”

“Do your best because corporations want global dollars,” Union continued. “Do your best to try to hold the door open and hold people responsible. Yeah, I’m asking you to do the impossible … I’m fully aware that job loss is on the table … but if you’re not doing it, nobody is.”

Speaking to the media crowd, alongside Hannah Bronfman, stylist Solange Franklin, model and activist Ebonee Davis and co-founder of Plus Model Mag Maddy Jones on a panel titled Power of Inclusivity and the Women Leading the Charge, held at Ladurée in SoHo, Manhattan, Union explained her thought-process when she is making personal career decisions: “How many checks do I need? This financial freedom, they’re shackles, masquerading as zeros in my bank account.”

“There are a lot of people who are only interested in filling their own plate,” Union continued. “I can’t enjoy my food if everyone else is starving.”

Union discussed speaking her truth, explaining that she always found power though authenticity, even when it’s tough — especially in an industry where women of color have a history of being sidelined.

Union spoke about the difficulties of navigating the grand question “what will I lose?” throughout her entire life. Using the analogy of “being the chip in the cookie” — the only black person in the room — Union explained that ever since she was a little girl, she has wrestled the challenges that come along with speaking up, even when you know you’re speaking up for what’s right.

Union shared that she realized she was experiencing “anxiety, depression, fear and terror” every single day because her mind was constantly burdened with the question: “Am I going to say something?”

“Eventually, I couldn’t sleep. I knew I obsessed about every single time in my life where I didn’t say anything. And it got to the point where I was like, ‘That’s not right!’ And every time I chose to speak up and the world didn’t end and I could speak a little bit better, I knew I was doing the right thing. It just made it so much easier.”

Throughout Union’s life, while she knew that she could lose everything by speaking up — her job, her friendships, her marriage — she says she realized she cannot have real freedom or peace, if she’s sitting on the truth and knowing what’s wrong.

“I’ve got to call it out in real time,” she said. “But you have to navigate, ‘What will I lose?’ I have to weigh all these things. ‘How much am I willing to lose for the peace?'”

Asked on the panel about the ups-and-downs of being a leader, Union said the upside of leading is being able to control the situation, but the downside is being the first to speak up and needing to “take the bullet,” at times.

“When you’re a follower, often you’re not being led by the right person,” Union elaborated. “This is not what paradise or salvation looks like to me. You’re using me to prop up fraudulent systems … I want no part of that, so I’d rather lead, even if I don’t know where the hell I’m going … As long as I have air in my lungs, I will always try to cover us all and I will certainly try to center the needs of the most marginalized.”

Union has not formally addressed her exit or her grievances with “America’s Got Talent,” as exclusively reported by Variety and later Vulture. In late November, following Variety’s first report and a flood of support from celebrities and advocacy groups, Union expressed gratitude on social media, tweeting: “So many tears, so much gratitude. Just when you feel lost, adrift, alone … you got me up off the ground. Humbled and thankful, forever.”

NBCUniversal has engaged a third party to investigate accounts of racial insensitivity, labor code violations like Simon Cowell’s reported insistence on indoor smoking, as well as a hostile climate for “AGT’s” women judges.