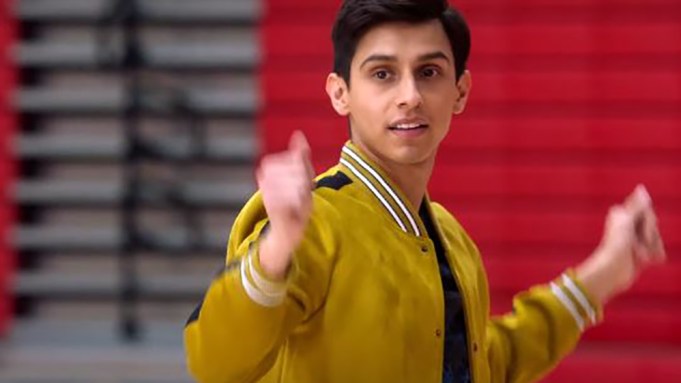 Frankie Rodriguez, who plays Carlos, an openly gay theater student, on upcoming Disney Plus series “High School Musical: The Musical: The Series,” thanked executive producer and showrunner Tim Federle while discussing the theme of diversity and inclusion in the spin-off at the D23 Expo on Friday.

“I think it’s very important. Growing up as a little Mexican gay kid, there’s not really much to look to so I remember after we wrapped just thanking our showrunner Tim [Federle] for creating a character like Carlos,” the actor told Variety. “He’s not a gimmick. He’s not the butt of a joke. He’s just a kid, existing in high school who loves musical theater and has a passion for it.”

Disney also debuted the first trailer for the 10 episode series premiering on the new streaming service. The new series follows the students of the East High drama club as they prepare to perform the school’s first production of “High School Musical.” Every episode will feature a different song from the popular films as well as an original song.

“High School Musical: The Musical: The Series” joins “The Mandalorian,” docuseries “The Imagineering Story” and “Lady and the Tramp” as the first Disney Plus originals premiering with the streaming service’s debut on Nov. 12.