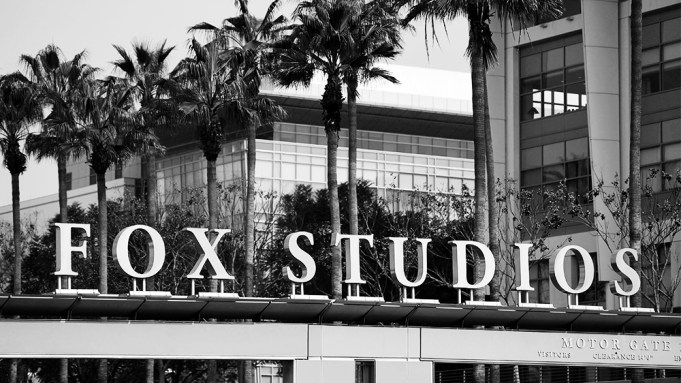 Fox held its first upfront presentation on Monday as part of the newly slimmed Fox Entertainment company, and new Fox still feels a lot like old Fox: Live sports, edgy reality shows and animation at its core. But the network is also tapping into its early history as a smaller disruptor, and it’s something Fox execs hope to capitalize on as they compete in a world of bigger and bigger media conglomerates.

Fox is taking its “startup company” idea seriously: Fox Entertainment CEO Charlie Collier repeated his story of how he joined Fox from his previous job at AMC: “This all began with the Murdochs asking me if I wanted to join a startup company,” he said.

Leaning into its roots as a small, scrappy baby network 30 years ago, Collier said, “we’re doing it all over again. A new day one. And it’s a new day to build a bold entertainment company. And what better way to launch Fox Entertainment, and have the most daring and disruptive broadcast network at our core.”

Collier then laid out the new Fox’s building blocks, including the Super Bowl, the NFC championship, the World Series, WWE wrestling, its animation lineup, reality series and scripted shows like “9-1-1” and “Last Man Standing.” The exec also touted its independence, no longer a part of a larger production studio.

“You feel the startup company that we’re building, you’re going to notice we’re working with the finest writers and creators and stars,” he said. “We’re setting up innovative production models, models that wouldn’t have been possible [when the network and 20th Century Fox TV were siblings]. We’re creating a new corporate culture … we are proudly independent.”

The cast of “BH90210” isn’t ready to address Luke Perry: Jennie Garth, Tori Spelling, Jason Priestley, Gabrielle Carteris, Ian Ziering and Brian Austin Green came out on stage to promote their new summer hybrid take on “Beverly Hills, 90210,” but didn’t mention the recent death of their former co-star Perry. “The whole gang is here,” Garth said, noting that Shannen Doherty, who wasn’t able to make it to New York, has signed on as well. Asked to explain their reunion in five words or less, Spelling joked, “This time, there,s no virgin,” while Priestley said, “Now featuring grown-up problems”; Carteris said, “Answering so many unanswered questions”; and Ziering added, “You can go home again.”

Fox is bringing back its “Animation Domination” marketing tagline: Fox used the “Animation Domination” branding for years to promote its Sunday night lineup, and it’s back, now that the network is returning to a full animation lineup on the night. In recent seasons, Fox has mixed in some live-action sitcoms on Sunday nights, using its animated hits to launch shows like “Brooklyn Nine-Nine” (now on NBC). But the new network regime, under Collier, has decided to lean back in to its tremendously successful animation brand. “Our Sunday night lineup really is animation’s Mount Rushmore,” he said, pointing to “The Simpsons,” “Family Guy” and “Bob’s Burgers.” The network has also ordered three new animated series, starting with “Bless the Harts,” which premieres this fall. On deck for midseason are “Duncanville” and “The Great North.” “We’re continuing the Fox legacy, adding even more to the lineup,” Collier said.

Collier is a New York Jets and New York Mets fan: In pointing out that Fox will air both the Super Bowl and the World Series next year, the images behind him featured helmets of the reigning champion New England Patriots and Boston Red Sox teams. To cheers from this New York audience, Collier snapped his fingers to turn those helmets into the Jets and the Mets. “I’m going to dream,” Collier said.

Perhaps Terry Bradshaw shouldn’t ad-lib: As the Fox NFL team hit the stage to discuss Super Bowl LIV (in Miami) and Thursday Night Football, Bradshaw was asked what it’s like to be a primetime star. Bradshaw then referenced how much he enjoys singing — and his time on “The Masked Singer.” Except he was eliminated too soon, he griped: “I was kicked off by Alan Thicke and that little guy from Japan!” Two big problems in that line: Alan Thicke passed away a few years ago. It was his son, singer Robin Thicke, who’s a judge on “The Masked Singer.” And that other line? He was referring to Ken Jeong, who is Asian American. And not even of Japanese descent.