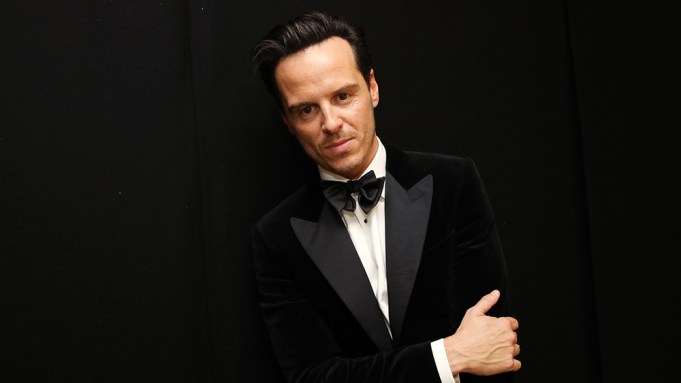 After blessing the television world with his “hot priest,” Andrew Scott is about to make viewers sweat some more.

The “Fleabag” star has been cast as the titular lead in “Ripley,” a drama based on Patricia Highsmith’s bestselling Tom Ripley novels, which has been handed an eight-episode series order at Showtime.

Scott’s Ripley is described as a grifter scraping by in early 1960s New York, who is hired by a wealthy man to travel to Italy to try to convince his vagabond son to return home. Ripley’s acceptance of the job is the first step into a complex life of deceit, fraud and murder.

Steve Zaillian is in place to write and direct the entire first season as previously reported, marking his return to television after creating HBO’s award-winning mini-series “The Night Of.” The casting and series order were announced by Showtime presidents of entertainment Gary Levine and Jana Winograde.

“We are so thrilled to have the supremely talented filmmaker, Steve Zaillian, adapt the singular saga of Tom Ripley from Patricia Highsmith’s novels as an ongoing series for Showtime,” said Levine. “With Andrew Scott, whose charisma knows no bounds, inhabiting the iconic lead role, we feel confident that this will be a special one.”

The news caps off a monumental few days for Scott and the “Fleabag” cast, as the show swept home with a stunning six Emmy statuettes and creator Phoebe Waller-Bridge signed a substantial overall deal with Amazon.

Prior to his internet famous priestly turn, Scott was best known for playing the psychopathic villain Moriarty in the BBC series “Sherlock,” opposite Benedict Cumberbatch. In August, it was revealed that Scott would be joining the second season of HBO’s “His Dark Materials” adaptation alongside the likes of Lin-Manuel Miranda, Ruth Wilson and James McAvoy.

His other film and TV credits include “Black Mirror,” “Spectre,” and the recently Emmy nominated “King Lear.” Speaking of Shakespeare, in the U.K. Scott is also known for delivering a virtuoso performance as Hamlet, which garnered him an Olivier Award nom in 2018.

The forthcoming Showtime series is co-produced with Endemol Shine North America in association with Entertainment 360 and Filmrights. It will draw from five of Highsmith’s crime novels: “The Talented Mr. Ripley,” “Ripley’s Game,” “Ripley Under Ground,” “The Boy Who Followed Ripley,” and “Ripley Underwater.”

Highsmith’s series of Ripley novels have been adapted for the big screen several times, but less frequently for U.S. television. The character was most famously played by Matt Damon in the 1999 psychological thriller “The Talented Mr. Ripley,” which was nominated for five Academy Awards, and then again in 2002 by John Malkovich in “Ripley’s Game.”

Executive producers on the new project are Zaillian, Garrett Basch, Guymon Casady, Ben Forkner, Sharon Levy and Philipp Keel of Diogenes. Scott will also serve as a producer on the series.

He is repped by CAA and Lindy King at United Agents in the U.K.