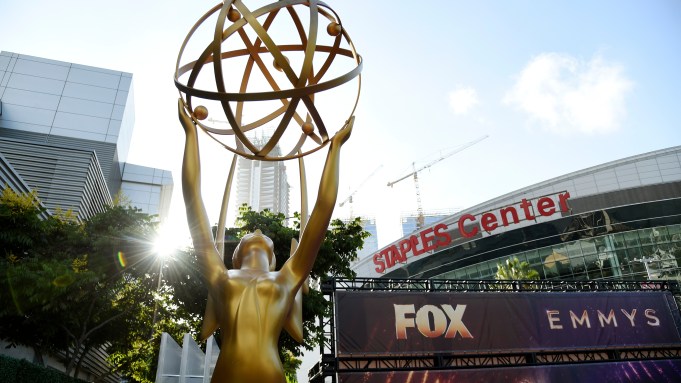 If you work in TV, are a fan of TV, or are in fact a TV yourself, the 71st Primetime Emmys promise to be a treat.

Television’s biggest awards show takes place in Los Angeles on Sunday night, with some of Hollywood’s brightest stars set to appear as the entertainment community honors the best of the past year in TV.

But any planning to attend would be wise to crank up the air conditioning on the car ride over. As was the case with the Creative Arts Emmys last weekend, temperatures in Los Angeles are expected to be sweltering on Sunday. The current weather forecast has the high around 90 degrees Fahrenheit/32 degrees Celsius on Sunday, though that will taper off some by the time the telecast begins at 5 p.m. PT/8 p.m. ET. While certainly not unbearable, anybody in the formalwear required to attend the Emmys will no doubt have a pint of perspiration to contend with if they are not careful.

Fox is looking out for attendees walking the red carpet, however, in an effort to keep them from melting down before showtime. The red carpet will be covered and cooled by a seven industrial fans provided by a company that is legitimately named Big Ass Fans. There will also be a makeup touch up station available just before attendees hit the photo portion of the carpet.

All those at the show will also be required to go through security before getting anywhere near the inside of the Microsoft Theater in downtown L.A. where the awards show takes place. Given the high-profile people in attendance, security at the event will be extra tight. Of course, security experts in charge of the event must walk the line between keeping the event as secure as possible while also making sure those at the show don’t feel like they’re walking onto the set of “Escape at Dannemora.”

“The safety and comfort of everyone involved with this Sunday’s Emmy Awards – ranging from the crew, guests, attendees and local businesses and residents – are of the utmost importance to us,” Gregory Ochotorena, vice president of corporate security for Fox Corp. said in a statement to Variety. “We’re working hand-in-hand with local, state and federal law enforcement agencies and the Television Academy to ensure this year’s ceremony is a secure, pleasant and memorable experience for everyone.”

And whether you are planning to attend the show or simply find yourself driving through downtown L.A. on Sunday night, be ready for traffic to be worse than usual. There will be multiple intersections in the area around the Microsoft Theater and LA Live shut down beginning at different times of day, with traffic officers stationed around the area directing traffic. A map of the closures can be found at the LA Department of Transportation website.