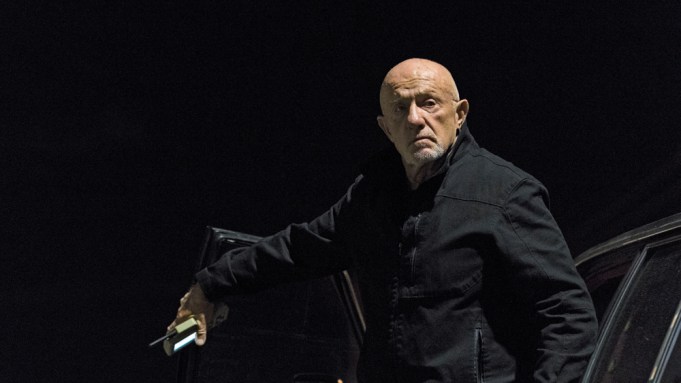 The Television Academy recently discovered that the series didn’t meet the minimum required runtime of two minutes for at least six episodes — a new stipulation that was added to the Emmy rules this year.

Luckily for Banks, he’s still nominated in the outstanding supporting actor in a drama series race, while “Better Call Saul” is still competing in the best drama category.

That clears the desk for the submission with the next highest number of votes in the category, SundanceTV’s “State of the Union,” to now be nominated for short form comedy or drama series. And Ryan O’Connell will now become a nominee in the actor in a short form comedy or drama series category for the role of Ryan Hayes in the Netflix series “Special.”

That brings Netflix’s Emmy nomination total now to 118. Meanwhile, although that brings AMC’s tally down to nine instead of 11, it does add another nomination to its sister network SundanceTV, which now boasts three nominations.

Post-nomination corrections regularly occur in the days after the Emmys announcement, although it rarely results in a change in nominees.

In 2016, “Veep’s” Peter MacNicol was disqualified in the outstanding actor in a comedy category after it was determined he appeared in more than half of the season, violating the rules. Peter Scolari replaced him, and the “Girls” guest star went on to win the Emmy that year.