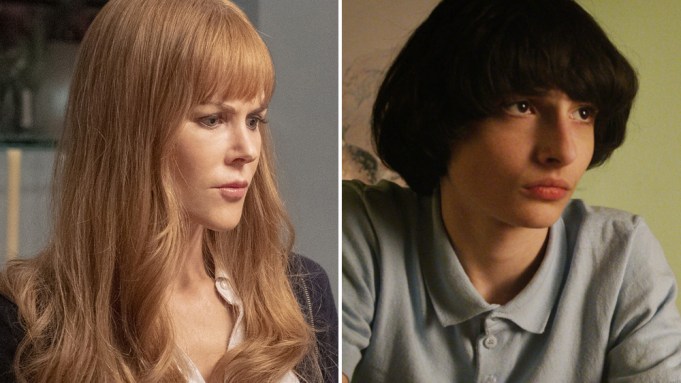 Every year, critically acclaimed and fan-favorite shows are noticeably omitted from the Emmy nominations, but not because they were snubbed. It’s because they’re not eligible.

This year, ineligible series include HBO’s “Big Little Lies” and “Westworld,” Netflix’s “Stranger Things” and “The Crown” and Hulu’s “The Handmaid’s Tale,” plus new series including Showtime’s Roger Ailes limited series “The Loudest Voice” and HBO’s much-talked-about teen drama “Euphoria,” which was just renewed for Season 2.

With “Big Little Lies” ineligible this year, HBO might have had a little trick up its sleeve. The network presumably scheduled the limited series’ premiere date past the Academy’s deadline so it wouldn’t have to compete against its own “Game of Thrones” in its farewell season.

The strategy worked: “Thrones” walked away with 32 nominations, beating the 25-year-record for the most nominations in a single season, previously held by “NYPD Blue.”

“Stranger Things” launched its third season shortly before Emmy nominations were announced on July 4, and quickly broke a Netflix record with over 40 million accounts watching the show in just four days and more than 18 million binging the whole season in that time. The streaming hit was up for best drama series last year, but was not up for nominations this year because it launched outside of the Academy’s eligibility window.

For its first season, Reese Witherspoon and Nicole Kidman’s “Big Little Lies” swept with eight Emmy wins out of a whopping 16 nominations. But this year, the star-studded series, which added Streep for its second go-around, premiered on June 9, about a week after the eligibility window closed.

Other shows were omitted this year simply because they haven’t been on the air since the last Emmy Awards. HBO’s “Curb Your Enthusiasm,” which won’t return again with Larry David until 2020; “Silicon Valley,” which will wrap up its run with its final seven episodes later this year; and FX’s “Atlanta” are among the shows that haven’t been airing, hence lacking eligibility. “Atlanta’s” third season has been delayed due to Donald Glover’s schedule, with no announced return date at this time.

Last year, “Veep” was ineligible and out of the Emmy race for the first time since it debuted due to star Julia Louis-Dreyfus’ breast cancer recovery, but the comedy is back with nine nominations. Despite taking a hit from critics for its farewell season, which aired this spring, “Veep” will surely get attention at the ceremony, especially Louis-Dreyfus, who’s up for best actress — an award she’s won every single time she’s been nominated for the role.