Emmys: ‘Game of Thrones’ Lands Valedictory Honors as Next Year’s Class Preps for a Bloodbath (Analysis) 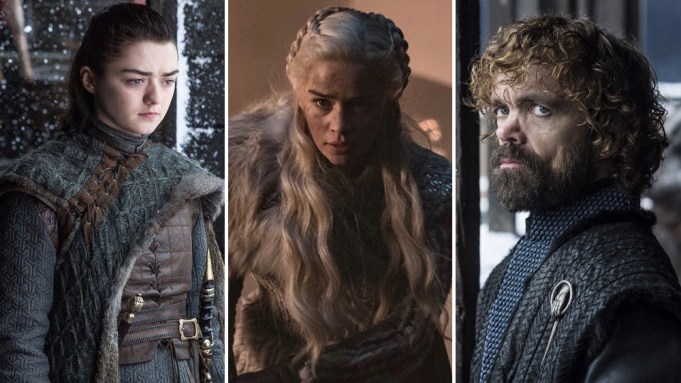 “Game of Thrones” and “Fleabag” were Sunday night’s big Emmy series winners — yet neither show will continue after this year, which opens the door wide open for an incoming tidal shift at the Television Academy.

As we head into a new decade, TV’s about to undergo another dramatic evolution, and the Emmys will likely look a whole lot different soon. HBO dominated this year’s Emmy Awards, with 34 overall wins — easily ahead of streaming rivals Netflix (27) and Amazon Prime Video (15), which had its strongest Emmy showing ever on Sunday night.

But all bets are off in 2020, as new deep-pocketed programmers enter the game, including Apple TV Plus, Disney Plus, HBO Max, Peacock and Quibi. As some of the biggest Emmy winners of the past decade retire, the race will soon be more competitive than ever.

But it felt appropriate that the 2019 ceremony ended by honoring the biggest game changer of the 2010s: “Game of Thrones.” The HBO juggernaut continued its victory lap on Sunday night, as the show’s producers, cast and crew picked up a final round of awards for their eighth and final season.

Meanwhile, as perhaps a sign of things to come, the streamers once again came on strong this year — in particular, Amazon Prime Video, which dominated the night’s early proceedings with big wins for “Fleabag” and “The Marvelous Mrs. Maisel.”

“Fleabag” pulled off the big surprise of the night, overtaking Emmy favorite “Veep” for outstanding comedy series, as well as lead comedy actress (creator and star Phoebe Waller-Bridge). The show, which premiered its second and final season this spring, was Sunday night’s biggest winner.

There has never been a series that won the outstanding drama Emmy in its eighth season, but “Game of Thrones” has already proved to be an outlier. Fantasy shows rarely receive nominations, let alone wins, in the top Emmy categories, but “Thrones” shattered that conventional wisdom by taking the top prize in 2015, 2016 and 2018 (it wasn’t eligible in 2017).

“Thrones” also made history this summer by scoring a whopping 32 nominations — the most of any program in a single year.

“Thrones” didn’t win in the key drama performance categories, however, due to the tough competition there from other series such as “Killing Eve,” “Pose” and “Ozark.” Perhaps because of its sprawling cast, the show has not traditionally done as well at the Emmys with performers — with the notable exception of Dinklage.

Adapted by David Benioff and D.B. Weiss from George R.R. Martin’s “A Song of Ice and Fire” book series, “Game of Thrones” was a phenomenon for HBO — becoming the most-watched series in the premium network’s history. It turned Benioff and Weiss into major TV players — evidenced by their new multimillion dollar deal with Netflix, which they signed after a major bidding war. The duo is also developing an untitled “Star Wars” movie for Disney, targeted for 2022.

Meanwhile, the race for outstanding comedy wound up being a bit more competitive than perhaps initially expected this year, as Amazon Prime put up a big fight for both “The Marvelous Mrs. Maisel” and “Fleabag” against “Veep.” The Julia Louis-Dreyfus comedy had been an Emmy darling since its inception, having been nominated every year since its premiere in 2012 and winning the comedy series Emmy in 2015, 2016 and 2017.

Louis-Dreyfus, of course, made history by tying Cloris Leachman for the most Emmy wins ever as a performer (eight overall), and she has already won the most acting Emmys in the same role and on the same series — six, for playing Selina Meyer on “Veep.”

But a ninth win for Louis-Dreyfus wasn’t meant to be. Waller-Bridge and “Fleabag” won four Emmys on Sunday night, proving that being buzzy and in the zeitgeist at the right time (during Emmy voting) can make a big difference. “Fleabag” won six Emmys overall.

Given the strength of “Maisel” and “Fleabag,” another win for “Veep” hadn’t been assured, especially given its 2018 hiatus — which meant last year’s winner, “Maisel,” was now the incumbent. “Maisel” won six awards at this year’s Creative Arts Emmys, more than any other comedy — giving it a bit more momentum heading into Sunday’s Primetime Emmys ceremony.

Besides “Fleabag,” another show that benefited from August buzz was HBO’s “Succession,” the show that everyone in Hollywood is currently talking about. “Succession” creator Jesse Armstrong won for outstanding writing in a drama, and joked that between his win, “Fleabag’s” dominance and other British winners, the U.K. had taken over the Emmys.

That tally was a sign of things to come, as “Chernobyl” picked up outstanding limited series (over Netflix’s “When They See Us”), as well as writing and directing for a limited series or movie. The limited series won 10 Emmys overall between the Creative Arts and Primetime Emmys.

Among other categories, many were expecting for Sandra Oh to make history as the first winner of Asian descent in the outstanding drama actress category, for “Killing Eve,” but her co-star Jodie Comer surprised with the win. The actor category was seen more split between Jason Bateman (“Ozark”), Bob Odenkirk (“Better Call Saul”) and Billy Porter (“Pose”), with Porter ultimately winning the prize. (Bateman still picked up an Emmy for drama directing.)

Compared to some of those surprises, other categories were a bit of a yawn, as “Saturday Night Live,” “RuPaul’s Drag Race” and “Last Week Tonight with John Oliver” repeated in the variety sketch, competition and variety talk categories, respectively.

In many ways, this year’s Emmys feels like the end of one TV era, as the farewells of “Game of Thrones” and “Veep” remove two dominant HBO players from the competition. Next year, the playing field will be upended as the new outlets enter the fray. Some are thirstier than others when it comes to showcasing prestige, awards-friendly fare, but all will be in the hunt to make a name for themselves.

That could make for an interesting 2020 telecast. For 2019, Fox opted to forgo a host and lean in to the shows making history by bringing on the casts of “Game of Thrones” and “Veep” for one final valedictory round, among other strategies.

With “Thrones” and “Fleabag” now history, and new shows gunning for those key series wins, the 2020 campaign (which actually launched on June 1, when program eligibility began) starts now. If this year’s Emmy campaign was the most expensive ever, it’s hard to imagine what will take place next year when the categories are more wide open — and the new entrants dive in with hefty pocketbooks.

It’s going to be bloodier than, well, the “Game of Thrones” Red Wedding.